Pitch To Gaming Generation: It's Not Backbreaking Work, But a Mind-Bending Career
READ THIS NEXT
Awkwafina is the voice of plant-based brand Lightlife's new campaign
Modern equipment uses joystick technology.
Credit:

The construction business is looking for a few good gamers.

Trying to shake its image as dirty, backbreaking labor and attract younger workers, the industry—from construction firms and trade groups to equipment manufacturers and machinery makers—is marketing itself as a place to use advanced math, science and technical skills.

There's a good reason why the industry, now going into its busy season, needs to rework its pitch: 74% of construction firms report they are having trouble finding carpenters, electricians, plumbers and welders, according to a 2013 survey by industry trade group Associated General Contractors of America.

"Construction work is somewhat different from what it was," said Ken Simonson, economist for the group, which is one of several partners supporting a marketing campaign run by the National Center for Construction Education and Research. "There is much more use of laser and GPS-guided equipment, building-information modeling and other things that require computer skills and use of technology that was not common before the recession."

Take, for example, the mobile-crane operator, a job well suited for younger people. "Because they played video games for so long, their hand-eye coordination is very fast and advanced," said L.J. Zielke, president of Allied Career Training, an apprenticeship program for heavy-equipment operators.
In the NCCER's "Build Your Future" campaign, videos show workers brandishing iPads and electronic blueprints.

The group also hosts career days and assists with training and job placement to get young people thinking about a future in construction. "The misconceptions of the construction industry have to be addressed as early as elementary school," said Jennifer Wilkerson, head of marketing for the center.

The national campaign, launched in 1997 and ramped up in 2010, has recently increased its focus on younger generations. The push includes online video, TV, radio, digital and print ads in trade publications, and teacher and recruiter resources like posters, bookmarks and trading cards. Launch Media, a videography firm based in Baton Rouge, La., worked on the videos; the rest of the campaign was done in-house. In addition to trade groups like the Associated Builders and Contractors, the push is funded by educational organizations like Pearson and construction partners such as Fluor Corp. Last year, $260,000 went toward the program, according to the 2013 NCCER annual report.

A hand from Rowe
Home-improvement retailer Lowe's sponsors Skills USA, a nonprofit aimed at developing America's skilled workforce. The partnership helps prepare teachers, high school and college students for careers in construction and other skilled services through training programs. Lowe's grants help fund community-outreach programs and TeamWorks, a competition that challenges students from different disciplines to complete a project together over three days. 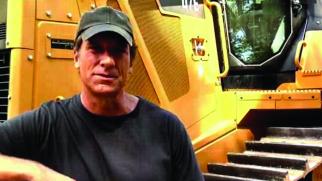 Mike Rowe, from the TV show "Dirty Jobs," has been beating the drum for skilled trades for years. His foundation, Mike Rowe Works, offers scholarships to promote hard work and support skilled trades. Mr. Rowe also worked with Go Build Alabama, an initiative by the Alabama Construction Recruitment Institute that shows the worker as "hero" and tries to change the perception of construction as dirty, labor-intensive work. Its website and videos break down trade careers with information on wages and skills and connects visitors with training programs in the state. 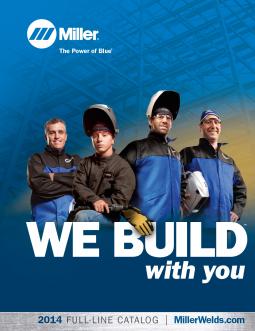 Digital, social and grassroots efforts have been Go Build's primary tools for targeting young people. It has redesigned its website to be more compatible with mobile devices. It's also planning an e-textbook, responsive ads and behavioral geo-targeting on social media. It may soon include gamification badges as well. Big Communications, based in Birmingham, Ala., worked on the campaign.

On the theory that a booming construction business benefits equipment manufacturers, welding-products manufacturer Miller Electric is running a campaign portraying construction work as an attractive career option. Miller's "We Build" social-media push, created by Two Rivers Marketing, Des Moines, encourages welders to share projects built with Miller equipment for the chance to win trips to stadiums built by welders, along with a tour of Miller headquarters in Appleton, Wis.

Eighteen-year-old Kristen Booker took her first welding class in high school just to try something new. After additional training in Alabama, she is poised to start her career at Performance Contractors, a job she lined up before graduating in May.

The construction industry is eager to tap the labor pool of women like Ms. Booker, calling on tradeswomen to serve as role models. 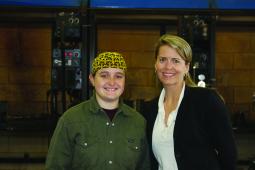 "Construction is where it's at right now," said Lee Cunningham, president of Women Construction Owners and Executives. "We make good money and work regular hours. It's a profession that people can be proud to do."

Construction firm Robins & Morton has a mentorship program that addresses the concerns of female workers. "We talk about things like financial decision making, what life is like on the road as a tradeswoman, and what it's like to work in an environment that is dominated by males," said Mittie Cannon, director-workforce development. Mentoring also helps women deal with concerns about sexual harassment, she said, although many men are embracing the changing workplace.

McDonald’s Happy Meals are getting an environmentally-friendly makeover