Why This Ex-Convict Might Be the Best CMO Ever

CMO Spotlight: Coss Marte, ConBody
READ THIS NEXT
How COVID-19 is changing shopping behavior on a global scale 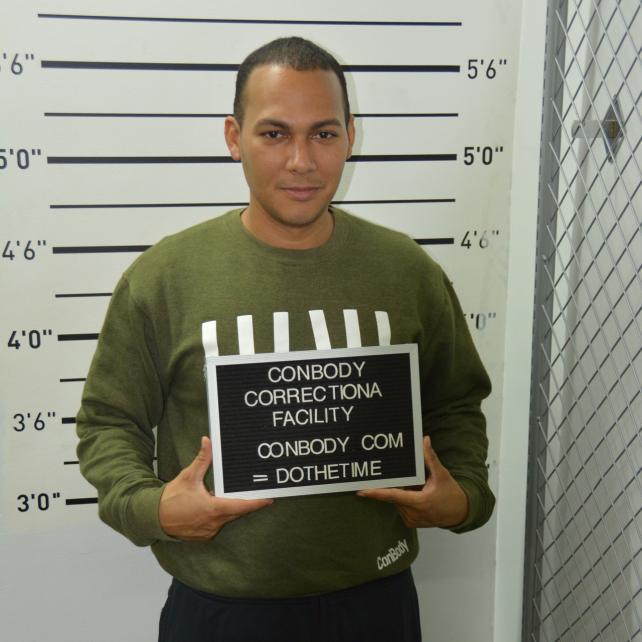 Coss Marte is the founder and CEO of ConBody, one of the fastest growing fitness programs in New York. Marte's road to success, however, was forged along a path less traveled. His brilliant business ethos didn't evolve at an Ivy League school, but rather on street corners, and later, in prison. Marte's story is unique, and ConBody just wouldn't be the same without it.

The long warm-up
By age 19, Marte was earning, he estimates, around $2 million per year as a drug dealer in New York City. Like any budding entrepreneur, he learned to read people, manage others, optimize his operations and pivot. When the law finally sent Marte to prison in upstate New York, a medical examination revealed that he had maybe five years to live, due to extremely high cholesterol.

Marte returned to his cell and attempted to exercise. "I probably lasted about five minutes," he says, "and just thought to myself: I need to take advantage of the time and concentrate on myself, my body, my mind." The next morning, he began running around the prison yard, despite the heckling of his fellow inmates. The next day, he did it again. And again.

Within a year, Marte had lost 70 pounds. Other inmates began approaching him for help with their own exercise regimens; he eventually helped twenty of them lose a combined half ton of weight.

Even while transforming lives, Marte continued his drug operation until he had what he calls a spiritual awakening. "I started realizing that I was creating a web of destruction," he says. "For the first time, I started praying and asking God, 'How can I give back?'" ConBody was born in that moment. Although still without a name, Marte wrote his entire program in solitary confinement.

When Marte was released a year later, however, he had trouble making ends meet. He took an $8/hour job scrubbing toilets and lived on his mother's couch. "It was a struggle, it was not livable, it was not sustainable," he says. "I needed an escape." Determined to make ConBody a reality, Marte turned to the Defy Program, which describes itself as "an entrepreneurship, employment, and character development training program for currently and formerly incarcerated men, women, and youth."

Sweating it out
Marte began to execute his program in local parks and studio spaces, eventually raising enough money for his current studio location in the Lower East Side. Fast-forward several years, and ConBody's marketing is about to go nationwide. Marte's early marketing involved approaching a defined target, one-on-one in public parks, and sharing his story. His target? Women ages 25 to 35, wearing workout gear. And his instincts weren't wrong: "That's primarily our clientele now," he says.

But it's more than just Marte's remarkable story that has helped his company excel in the crowded fitness space. For starters: the brilliant branding. "I was tired of hiding that I was an ex-felon," Marte says. He decided that the program would own and embody the idea of incarceration. The name of the program -- a prison-style boot camp, of course -- evolved from "Coss Athletics: Prison-Style Boot Camp" to "ConFit" to "ConBody," short for convict body.

The company's tagline, "Do the time," is in keeping with prison lingo. "You commit yourself to your body an hour a day or 30 minutes a day to do the time," Marte says. The studios complete the experience. "We have no equipment. All the body weight stuff is exactly the same when I worked out in a prison cell," he says, "just using limited space and my own body weight to get that prison body I always desired."

The instructors, too, are all former convicts. Drawing upon his own difficulties with finding work after prison, Marte's team trains Rikers Island inmates to become certified trainers, with a contract from the city. "We were wanting to create a direct pipeline from the inside out, and give somebody an opportunity as soon as they come out to work with us," he says. "And it's working."

The program is gaining momentum -- several viral BuzzFeed videos have been of particular marketing value for ConBody -- and with the launch of ConBody Live, a video subscription service, Marte's instructors can now reach patrons worldwide. They even launched a Kickstarter program to improve the current app. "Our goal is to reach 100,000 people and hire 50 ex-cons to join our platform," he says.

As a CEO and chief marketer of sorts, Marte's workplace challenges differ from those of his peers. Some of the instructors struggle with parole, homelessness and the psychological effects of prison life, but Marte's outlook draws on the strength of his experience, pun intended. "As an entrepreneur, you just don't know what's going to happen, what you have to deal with," he says. "You've just got to roll with the punches."