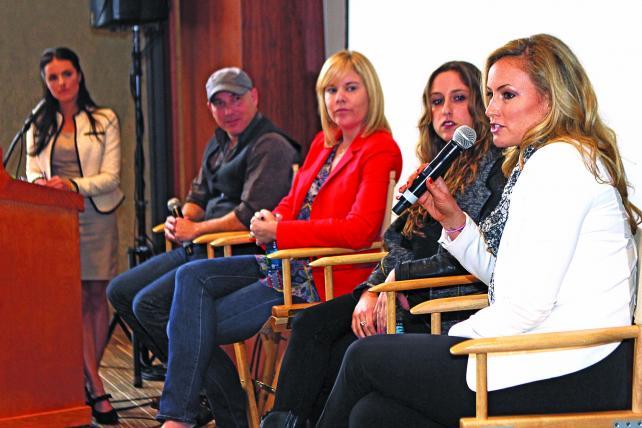 It's a rainy Wednesday morning in November. Nearly 40 marketing executives from companies including Procter & Gamble, PepsiCo and Colgate-Palmolive are sitting in a conference room at the Country Music Hall of Fame sharing more about themselves than they'd probably planned. Damon Whiteside, senior VP-marketing and partnerships at the Country Music Association, has asked them to name their favorite country artists. Some, like Steve Doan, brand manager for Jose Cuervo at Proximo Spirits, have trouble naming even one.

And that's exactly why the CMA has assembled them in Nashville. According to CMA research, the country fan base over the age of 12 has soared 31% during the last decade from 80.9 million to 106.6 million. Of those fans, 34% are in the prime advertiser demographic of 18-to-34- years old. More than half work full-time and are married, college-educated homeowners. Country music fans' average yearly household income is around $76,200, slightly higher than the general population.

Yet, there's a disconnect between an ad industry that tends to live on the coasts and regards America's heartland as flyover country. That's why the CMA is holding this marketing summit, its ninth such program, just hours before one of its signature events, the Country Music Association Awards.

Over the course of a morning, representatives from the country's largest advertisers are assembled here by CMA for a sort of entry-level class taught by artist managers, talent agents, record labels and digital distributors like Shazam CEO Rich Riley. Among the execs who took part in some part of the program were John Zarling, senior VP-marketing at Big Machine, Taylor Swift's label; Brad Turcotte, VP-marketing at Universal Music Group, and Rachel Fontenot, director-marketing at Sony.

"Expanding the country genre means bringing brand interest into our industry," said Mr. Whiteside. "I consider it sort of a 101 on how to do work with the country industry."

Most of the assembled marketers have already bought into country to some degree, but the purpose of this event is to sell them on additional promotions, programs and alliances. (The broadcast that followed the sessions aired on Nov. 6 and drew 16.8 million viewers. By comparison, the Grammy Awards drew 28.5 million viewers.)

An important part of the pitch: The dramas of the Rihannas and Britneys are largely absent here. Country music stars mainly represent wholesome American ideals. Andre Gaccetta, CEO of event-marketing agency G7, summed it up this way: "It's hunting; it's fishing; it's family," he said. "When you turn on a country station, it's safe -- there are stories you're comfortable using as teaching moments for your children."

Mr. Bentley, meanwhile, represents Mtn Dew, and "It's been a little more down-home country and authentic," said Emma Quigley, Pepsi's head of music. The association "was very effective on a retail level and a touring level."

Leading up to the awards show, Colgate set up a backstage glam room, promoting its Optic White toothpaste and mouthwash. "The appeal is reaching the heartland," said Sonia Sethi, associate marketing director for the brand. "There are a lot of young people coming from high-income homes." CMA research found that 35% of country fans used whitening toothpaste and 41% used other tooth-whitening products in the last six months.

J.C. Penney did a digital sponsorship in the form of a web series. Singer Natalie Stovall hosted the "Road to the CMA Awards," where she was styled by designer Nicole Miller and appeared in the brand's "Stomp a Little Louder" commercial with her band. The content was syndicated on AOL and Hulu and also ran on the J.C. Penney and CMA sites.

On the night of the event, J.C. Penney and ABC offered behind-the-scenes access to the red carpet for CMA viewers. The "J.C. Penney Lounge" complemented the live broadcast and was also available on the Watch ABC app.

"The feedback has been strong," said Mr. Whiteside. "Newcomers have expressed interest, and many were surprised to learn who the consumer is and the power the industry has."