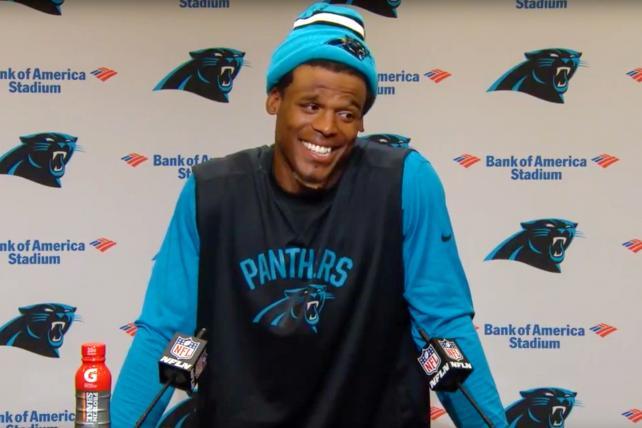 Cam Newton's comment that it was "funny" to hear a woman asking about football routes has cost him a sponsorship deal, as Dannon ended the football player's relationship with its Oikos brand.

The Carolina Panthers quarterback laughed and said "it's funny to hear a female talk about routes like -- it's funny," after a question Wednesday from Jourdan Rodrigue, a woman who covers the Panthers for the Charlotte Observer, as ESPN and other outlets reported.

"We are shocked and disheartened at the behavior and comments of Cam Newton towards Jourdan Rodrigue, which we perceive as sexist and disparaging to all women," Michael Neuwirth, senior director of external communications for Dannon, the maker of Oikos, said in a statement. "It is entirely inconsistent with our commitment to fostering equality and inclusion in every workplace. It's simply not OK to belittle anyone based on gender. We have shared our concerns with Cam and will no longer work with him."

Rodrigue commented on the incident on Twitter on Wednesday.

Newton has yet to address the issue on Twitter.