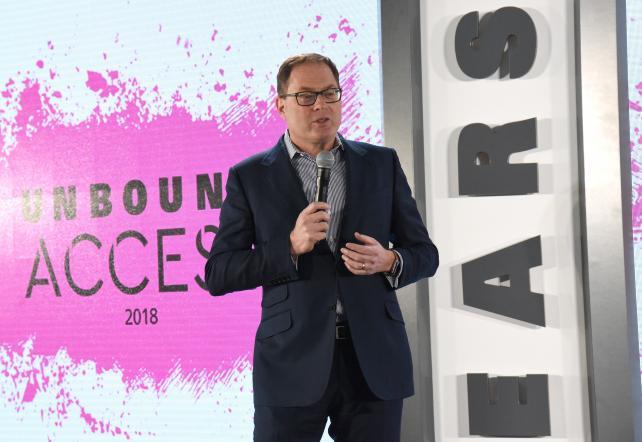 David Carey's announcement that he's stepping down after nine years as president of Hearst Magazines came out of the blue for most employees at the Hearst Corp. division, which publishes brands including Cosmopolitan, Elle, Esquire and Car and Driver.

Carey said Monday that he will become a Fellow at the Harvard Advanced Leadership Initiative, a yearlong program that helps professionals apply their skills to create social impact, effective next January. He will continue as president through December and become chairman for 2019.

In an email, Carey said that he "decided some time ago that eight or nine years felt like the right tenure for me to run our global magazine company," adding that the 75-plus-hour workweek is "not something one should do forever."

A search for his successor is expected to conclude in the coming months, Carey said in a note to staff.

He had told Hearst Corp. CEO Steve Swartz "for some time" about his goal to retire as president in 2019, Carey said in the note, but others were shocked.

"This came as a surprise to everyone in the building," one Hearst employee told Ad Age.

The move comes at a time of persistent challenges for the magazine industry, with widespread advertising declines. Even including publishers' digital ad sales, magazines' overall ad revenue will decline another 8 percent this year, Magna forecasted earlier this month. Ad spending across media will rise, Magna said.

Under Carey, who arrived from Conde Nast in 2010, Hearst regularly struck up new ventures with existing TV brands and personalities to publish titles such as The Pioneer Woman Magazine. It also acquired Rodale, the publisher of brands such as Men's Health, earlier this year. But it strove to develop its digital reach, building up a digital division under Troy Young, hired from Say media in 2013.

Mr. Swartz's own memo to staff about Carey's exit seemed to emphasize the digital. "Under David, we have become a preeminent global digital publishing company while continuing to launch innovative print editions," it said.

Carey's next stop makes sense for him, according to George Janson, president of the Honest Insights consulting firm and formerly a longtime ad buyer. "Anyone who knows David shouldn't be surprised," Janson says. "His next venture at Harvard seems ideally suited to David's social conscience and entrepreneurship."