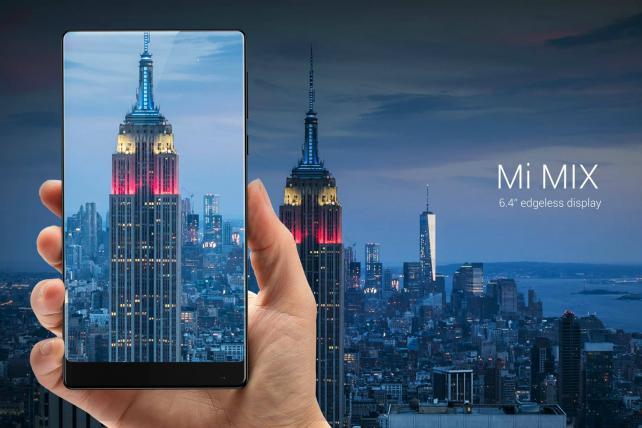 China's Xiaomi made its name with good-quality, low-priced smartphones and gadgets. But a product launch event in Beijing just made clear how the company is trying to reposition its brand as more upscale.

French designer Philippe Starck made a surprising appearance onstage in Beijing with Xiaomi founder Lei Jun; Mr. Starck helped design Xiaomi's sleek-looking new ceramic-body phone, the 6.4-inch Mi Mix, which will be available in limited quantities. Years ago, the designer also worked on a yacht with Apple's Steve Jobs, who died before he could sail in it. Xiaomi's founder showed a picture of the yacht on stage before introducing Mr. Starck, whom he said might not be familiar to Chinese consumers but was "the most famous designer in the whole world."

Xiaomi was founded in 2010; the global smartphone market has gotten more competitive since then, and Xiaomi is trying to find its place. Once No. 1 in the China market, Xiaomi has been eclipsed at home by rival local brands Huawei, Oppo and Vivo, according to second-quarter data from IDC.

Besides tapping a well-known designer, Xiaomi has had to up its game in marketing. Initially Xiaomi didn't run ads, relying on gadget geeks, social media and fan events to spread word about its products.

Several months back, Xiaomi hired young celebs to endorse its lower-end Redmi line of smartphones in China. And it just shelled out on an endorsement from a top Hong Kong actor-singer, Tony Leung, a 54-year-old heartthrob best-known to English-speaking audiences for movies like "In the Mood for Love" and "Lust, Caution." On stage at the event and in commercials, Mr. Leung plugged Xiaomi's big-screen smartphone, the Mi Note 2, which starts at about $412. (After Samsung's disaster over its Note 7 phones catching fire, it will be interesting to see how a product with a similar name fares.)

"The company has reached a stage where it can't live off of low-budget social/viral marketing anymore," Bryan Ma, a technology industry analyst at IDC, said. "And yes, Xiaomi has been plagued by a perception of being a lower-end player in China. Yet the market is increasingly going upscale, as seen by the likes of Huawei, Oppo, etc., so Xiaomi needed to pivot its image toward a higher-end one via concepts like the Philippe Starck Mix."

The Starck-designed phone will go on the market with limited quantities available, starting at $516. Xiaomi's founder talked about how expensive the materials were, and how difficult the ceramic body was to produce. "Look at the lustre," Mr. Lei said. "Just like pearls."