Liquor giant Diageo on Thursday joined the growing effort to address the gender gap among ad directors. The marketer pledged to call on its ad agencies and content producers to include at least one female director on all creative bids, as it joined the Free the Bid organization.

The group, formed 17 months ago, is pushing for more female directors in an industry that is overwhelmingly male. Less than 7 percent of directors are women and only 9 percent of commercials are directed by women, according to statistics shared Thursday by Diageo, citing the Center for the Study of Women in Television and Film.

"As advertisers we have the power to normalize gender equality by what we choose to show in our ads, and who we choose to produce them," Diageo global CMO Syl Saller said in a statement. "The advertising industry is moving in the right direction to achieving greater gender diversity, but it must move quicker." 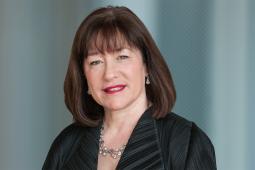 Diageo, whose brands include Johnnie Walker, Crown Royal, Smirnoff and Guinness, is the 12th marketer to join Free the Bid, according to a list published at freethebid.com. Others include HP, Coca-Cola, eBay, Levi's, Visa and Toys R Us. Diageo is the first alcohol marketer to join the organization.

Still, the group has yet to snare committments from within major sectors such as automotive, one of the biggest-spending categories in the ad industry.

The group has greater representation from ad agencies, with 60 shops listed at the site. Dozens of production companies have also signed up.

In signing the pledge, marketers commit to asking agencies and producers to include one bid from a woman on every ad produced. Agencies pledge to "have a woman director's option considered, to the best of your ability, when triple-bidding a production for a client."

Free the Bid was founded in September 2016 by female director Alma Har'el. On its website, the organization maintains a searchable database of ads directed by women.

Har'el in a statement said Diageo's inclusion marks a "big day" for her organization. "Johnnie Walker, Guinness, Smirnoff and the many other brands under the Diageo umbrella have been leading the advertising world with some of the coolest advertisements out there for decades," she said. "With Diageo's pledge, we're thrilled about the incredible opportunities that will open up for women directors globally."

Diageo says it doesn't have statistics on how many of its ads have been directed by women, though a spokeswoman notes that a recent ad for its Baileys brand from ad agency Mother was directed by Cloè Bailley. Last year Johnnie Walker used a female director, Emily Kai Bock, for a pro-immigration ad by Anomaly.

Diageo framed Thursday's announcement as part of a larger diversity effort. The marketer says women comprise 40% of its executive committee and that its 10-person board of directors will reach gender parity in April 2018 when former Xerox Corp. CEO Ursula Burns joins.