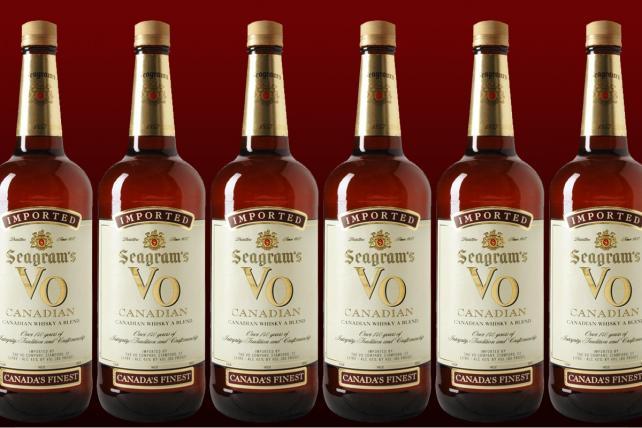 Diageo agreed to sell Seagram's VO whiskey and 18 other brands to closely held U.S. distiller Sazerac Co. for $550 million as the maker of Johnnie Walker focuses on higher-end labels.

The world's largest distiller said the deal will help it develop faster-growing premium drinks in its U.S. portfolio, where it's pushing new brands like George Clooney's Casamigos tequila alongside its core whiskey and vodka lines. Sazerac, the closely held Metairie, Louisiana-based owner of Buffalo Trace bourbon, has been fleshing out its portfolio by adding brands such as Southern Comfort.

Diageo Chief Financial Officer Kathy Mikells called the sale "just another example of what we're doing to drive efficient growth as we focus on the premium and above segment." The marketing investment backing the portfolio of value brands was limited, she said in an interview, but the sum will be redeployed across more profitable liquors.

Diageo shares rose as much as 0.8 percent in London trading Monday.

The proceeds from the sale, about 340 million pounds ($438 million) after tax and transaction costs, will be returned to Diageo investors through a share repurchase, the London-based company said in a statement Monday. The transaction, which is subject to regulatory approval, is expected to complete early next year.

The sale is expected to generate an exceptional gain of about 110 million pounds. The deal will dilute earnings per share before exceptional items by about 1.9 pence in the first full financial year, Diageo said.