The numbers for the 2018 Chinese digital ad market are out, and U.S. publishers should take notice.
READ THIS NEXT
Carhartt reaffirms vaccine mandate despite social media backlash
Nike sign in Shanghai, China
Credit: Qilai Shen/Bloomberg

Let's get straight to golden tacks. In 2018, total revenue from internet advertising stood at $54.9 billion, with an annual growth rate of 24.2 percent. Sounds American-sized, right? But these are China's numbers (at 369.4 billion yuan, converted to dollars as of March 2019).

They come from a report on the Chinese internet marketplace, recently released, if little noticed on this side of the globe, by the Interactive Advertising Marketing Lab, based in Zhongguancun, the Silicon Valley area of Beijing. The US digital industry reached this level of revenue in 2015, with a slightly slower growth rate, according to the IAB's Internet Advertising Revenue Report. From this measure, China is just about three years behind. But time lag in size isn't the only way to measure what these companies might mean for the U.S. digital ad industry.

The report identified the top 10 earners, which includes some names that certainly are familiar to Western digital players, and some that are less so. They include:

Alibaba, the Chinese e-commerce giant that focuses on retail, internet and technology

Baidu, a search engine and the ninth largest internet company in the world

Xiaomi, an electronics company with investments in smartphones, mobile apps, laptops and other consumer electronics

Sohu.com, which among other things offers advertising, a search engine, and online multiplayer gaming

Meituan, which focuses on retail and online buying and the booking and delivery of services, such as food, hotel stays and movie tickets

"There is a tendency for American companies to perceive the U.S. as being at the forefront of technological innovation due to the success of the likes of Amazon, Facebook and Google," Miranda Dimopoulos, regional CEO, IAB Southeast Asia and India Limited, tells me. "However, in terms of super app development, the U.S. is now behind Asia, and China in particular, where they are prototyping and investing heavily and at pace."

Dimopoulos explained to me the likely reasons for that: "Local-market betas are released quickly to qualify intent and gauge demand before moving into more timely and costly next steps, such as UX, and allowing the continuing rise of successful local players that quickly advance adoption across the region."

And she shared how Chinese tech companies have an effect on even her personal life. "My daily life in Singapore is led by Asian apps," Dimopoulos says. "Go-Jek to book a car to work, GrabFood for lunch for the team, PayLah to ping money to a friend, Taobao to buy a new coffee table via the Ezbuy platform for translation from Chinese, WeChat a colleague in Shanghai to confirm travel dates and book and pay for my flights within the app, order my groceries, raw dog food, and sassy ski gear from Lazada and catch up on regional news on SCMP."

Some of the massively successful companies that the study examines in China, and across Asia, already are competitors to U.S.-based digital businesses and some of the others mentioned could certainly become so too.

Let's talk about Alibaba. It's already the third biggest advertising power in the world, nipping at the heels of Google and Facebook, with, according to eMarketer, a predicted $30.5 billion in net digital ad revenue in 2019. Baidu and Tencent are comparatively much further behind, more in the realm of a small player, like Amazon, near $10 billion. But also like Amazon, these aren't mom-and-pop shops: Baidu is not only a search engine but is one of the largest artificial intelligence companies in the world, and Tencent is the world's largest gaming company. These are major corporations fighting for market share in a global marketplace that has seen digital leaders come and go.

Chinese companies, like those in the U.S., have long been working on making economic inroads beyond the borders in which they were founded. For example, in February, Reddit, majority owned by Condé Nast, raised $150 million from Tencent. In December 2018, Reuters reported that Alibaba invested €75 million ($85 million U.S. dollars) to launch an e-commerce hub in Belgium. And, in 2017, Alibaba partnered with Marriott to disrupt the travel industry and has implemented facial recognition check-in technology at two Chinese Marriott locations.

So, as many digital publishing leaders in the U.S. fret about the competitive landscape they see in front of their eyes, they are likely missing even greater risk: the international giants that have been steadily gaining ground while no one was watching.

Do we need our giants to compete in a global market?

One notable point from the Chinese Interactive Advertising Marketing Lab report says: "The market share of the industry's top 10 platforms rose to 92.67 percent in 2018, as the traditional giants continued to maintain growth and new giants, such as Jinri Toutiao and Xiaomi, rose rapidly."

Does this sound vaguely similar to the U.S. market? Leaders that deliver preferred services and products remain popular with consumers, always with room for new entrants rising up from behind. In a global marketplace, these seemingly universal growth trends might have even more important long-term implications. One factor that has led to these companies' successes is the pro-innovation regulatory environment in China that has encouraged companies like Alibaba and Baidu to move full speed ahead in AI and machine learning technology.

I can't help but wonder about the recent political conversations from high-profile politicians, such as Senators Elizabeth Warren and Bernie Sanders, who propose to dismantle or impose more taxes on successful digital companies in the U.S. Certainly, the Chinese aren't thinking along the same lines.

The U.S. is the world leader in its massive research and development investments in digital. Of course, there are issues around safety and who's behind which opinions, but in a global marketplace, powered by 750,000 miles of cable buried beneath buried into the earth's ocean floor to pass information tens of thousands of miles in milliseconds, are we conflating one issue with another? Should the perspective that Americans take be more global? Are we missing the forest for the trees? How does the plan to hinder the competitiveness of U.S. companies take into account what is no doubt a near future when companies from other countries are poised to take advantage, as they naturally would in a capitalist free market?

China landed on the dark side of the moon. They quickly responded to logical concern about Boeing 737 Max 8 technology and grounded planes, even before knowing if the technology was to blame. They put three times the investment into renewable energy than the United States. We could become the also-ran if we don't make the right choices. Reducing our technology leaders into their piece parts could mean we pit these newly smaller enterprises, with smaller budgets, against billion-dollar Chinese giants, potentially threatening U.S. digital advertising leadership on a global scale. The U.S. must keep its eyes on this race, and find the right ways to boost innovation and competition at home. 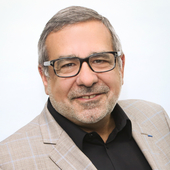 David Doty
View all articles by this author

Grubhub wants to tell you how you’re feeling about food

YouTube scales back original series to invest in other areas