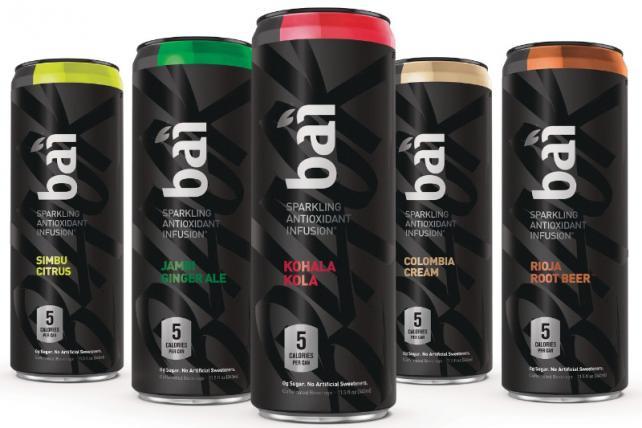 Bai Brands, a beverage upstart partly owned by Dr Pepper Snapple Group, is making a bet on naturally sweetened sodas as health advocates ramp up a push against the soft-drink industry's sugary products.

The company is introducing five carbonated beverages that are sweetened with stevia and erythritol, which are derived from fruits and plants, and will have five calories. The line, called Bai Black, will feature classic soda flavors like cola, root beer and citrus.

The new products show that the soft-drink industry's push to create healthier beverages has extended down to smaller companies. Coca-Cola and PepsiCo have introduced products sweetened with mixtures of stevia and cane sugar as part of of larger pledges to reduce reliance on sugary products. With health-conscious consumers drinking less Coke, Pepsi, Dr. Pepper and 7-Up, carbonated soft-drink consumption in the U.S. fell to a three-decade low in 2015 on a per-capita basis, according to Beverage Digest, a trade publication.

"We're under the belief that people aren't running from soda -- they're running from sugar," Bai Brands Chief Executive Officer Ben Weiss said in an interview. "If you can create a beverage that's reminiscent of all those great flavors we grew up on, but doesn't have the suspicious ingredients, I think the consumer will go there."

Bai Black has no sugar, phosphoric acid or artificial colors and sweeteners, Mr. Weiss said. While that fits with consumer demands, taste has proven to determine what drinkers will actually buy. PepsiCo learned that lesson after removing the sweetener aspartame from its Diet Pepsi in August 2015. Drinkers didn't like the taste of the sucralose-sweetened replacement, prompting Pepsi to reintroduce an aspartame-sweetened version less than a year later.

Bai Black will be available on Amazon.com on Friday and hit grocery store shelves around the U.S. early next year. Strong sales would bolster Bai Brands' appeal as an acquisition target for any of the three biggest soda companies. For Bai, such a deal could solve its difficulties getting enough distribution attention. Bai also makes teas, flavored and enhanced waters and fruit-flavored carbonated drinks.

The company, founded in 2009, had $120 million in revenue in 2015 and expects to reach $300 million this year. Its products are currently distributed by Dr Pepper Snapple as an allied brand, but Bai has outgrown that system, Mr. Weiss said.

That arrangement brings challenges, he said. "There's barriers there."

The most obvious path to bolster distribution would be acquisition by one of the big three: Coca-Cola, PepsiCo or Dr Pepper Snapple, Mr. Weiss said, but he is also looking for more innovative paths.

"We solved the diet dilemma before we solved the distribution dilemma," Mr. Weiss said. "We are actively trying to find a solution."