What's this?
This content is created by an Ad Age Publishing Partner. Find out more about this program.
Quantcast 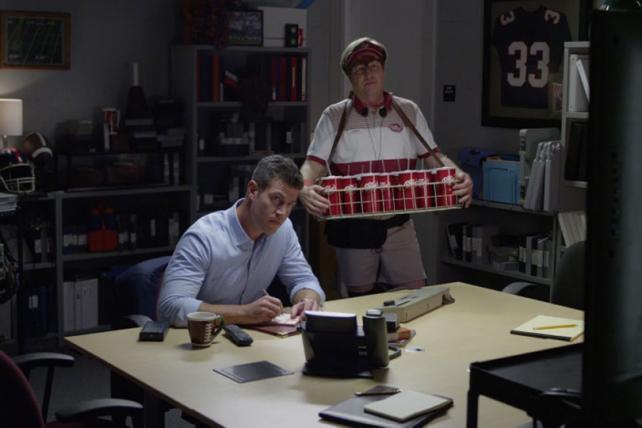 Larry Culpepper is laying down his concessions tray for good. Culpepper, an ad character Dr Pepper and its ad agency, Deutsch, created in 2014 to plug its college football sponsorship won't be coming back this season.

Adam Carriker, a former University of Nebraska football player who blogs for the newspaper, broke the news Monday in a tweet, quoting the actor who played the concessions worker character.

BREAKING: Jim Connor, who spent the past several years playing football fanatic Larry Culpepper in Dr. Pepper commercials, has told me that the company will not feature Culpepper in commercials going forward. Connor says the decision "Rocked my world" and was "An incredible gig." pic.twitter.com/an0DJBKO0w

A Dr Pepper spokeswoman confirmed his exit in a statement: "Larry Culpepper has been a great part of our Dr Pepper college football sponsorship for the past four years and has helped us delight fans throughout the season. With the renewal of our college football sponsorship, we've decided to take our football-related advertising in a new creative direction and are planning an all-new campaign this season. We are as committed as ever to our college football partnership as we head toward the 150th anniversary of the game, and we are looking forward to engaging and exciting fans in new ways."

Judging by the immediate reaction on social media, the soda brand made the right call. "Thank the Good Lord Above! Larry Culpepper is Retiring," screamed a headline from SB Nation, which summarized some of the feedback.

Hopefully they will get a less creepy character. Like Pennywise. https://t.co/3B843QSqTr

But Larry had some fans, apparently.

That's amazing, seeing him work at the National Championship in Tampa was unreal. The guy never broke character and took pictures with anyone who would ask

Crud, I thought those commercials were a riot! That's actually disappointing...

*This story has been updated with a statement from Dr Pepper.