Esports at the Olympics? Not So Fast, Says IOC Chief | Ad Age
Skip to main content

Esports at the Olympics? Not So Fast, Says IOC Chief 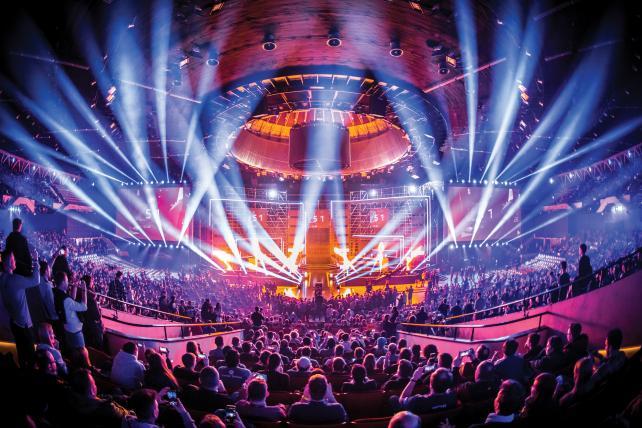 Esports competitions pack stadiums, but that might not be good enough for the Olympics.
Credit: Courtesy ESL/Helena Kristiansson

In an interview with the South China Morning Post, Bach suggested esports does not meet the standards of the Olympics. "We want to promote non-discrimination, non-violence and peace among people. This doesn't match with video games, which are about violence, explosions and killing. And there we have to draw a clear line," he said.

Still, he did not entirely rule out inclusion of competitive video-game playing, telling the publication that esports that mirror traditional sports, like soccer or basketball, could be considered. But that rubbed esports supporters the wrong way. Many are venting on social media. Tobias Sherman, who until recently was the global head of esports at talent agency powerhouse WME-IMG, accused Bach of hypocrisy, pointing to one Olympic sport, boxing, that is pretty violent itself.

video games, which are about violence, explosions and killing. there we have to draw a clear line," Thomas Bach IOC - Boxing isn't violent?

It's not even about esports in or out of Olympics it's about how much the IOC president doesn't get it. Another old media dinosaur #extinct

. Now recruiting for the OpTic Olympic team. Apply within. pic.twitter.com/IpobnzPt43

The IOC has put a new emphasis on drawing younger viewers, a factor that drove the decision to add sports such as skateboarding, sports climbing and surfing to the official lineup for the 2020 Olympics in Tokyo.

Bach did not rule out adding esports in time for the 2024 games in Paris, telling the South China Morning Post that "these discussions are going on." But he added that while esports is "a successful industry" it is "not yet really established in an organizational way."