The social networking giant has come under fire for how it polices hate speech
READ THIS NEXT
TikTok tactics: What to know about reaching audiences on the social media platform 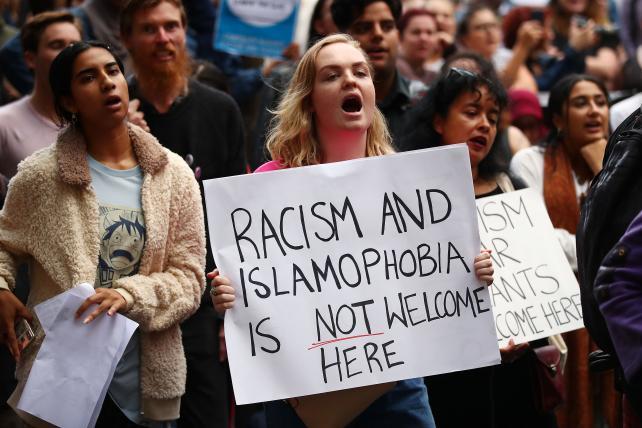 Facebook says it will no longer allow expressions of white nationalism and white separatism on the platform or on Instagram, a significant move for a company that has come under fire for how it polices hate speech among its 2 billion-plus users.

The policy update comes less than two weeks after a self-proclaimed white supremacist killed 50 people in a New Zealand mosque and broadcast the massacre on Facebook Live.

"Going forward, while people will still be able to demonstrate pride in their ethnic heritage, we will not tolerate praise or support for white nationalism and separatism," the company said in a post Wednesday. Users who search for terms related to white nationalism and separatism will be presented with a link to Life After Hate, a group founded by violent former extremists to help people transition away from hate movements. The policy will go into effect next week.

The decision was made at Facebook's Content Standards Forum on Tuesday, and about three dozen employees worked on crafting the new policy, Motherboard reported.

In September, after a Motherboard investigation found the platform banned white supremacy but allowed expressions of white nationalism, Facebook indicated it would consider altering its stance on the issue.

In its new post, the social media giant said it hadn't previously prohibited white nationalist beliefs because "we were thinking about broader concepts of nationalism and separatism—things like American pride and Basque separatism, which are an important part of people's identity."

But the company's views shifted in recent months, it said, after dialogue with race relations experts. The conversations convinced Facebook that white nationalism and separatism weren't meaningfully different than white supremacy, it said.

Facebook also said it's working on becoming more efficient at removing hate, noting its use of machine learning and artificial intelligence to do so.

"Our challenge is to stay ahead by continuing to improve our technologies, evolve our policies and work with experts who can bolster our own efforts," Facebook said in a post.

Color of Change, a group that fights for racial justice, praised the move.

For years, we've been pressuring @Facebook to address the growing dangers of white nationalism and separatism. We're glad #Facebook is treating these two ideologies the same as white supremacy by banning this type of content from their platforms. #BigTech https://t.co/1of85l2p8m