READ THIS NEXT
Hyundai and BTS launch campaign to boost environmentalism 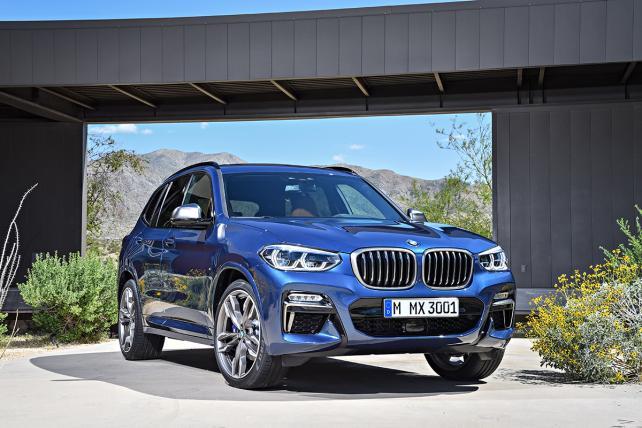 The U.S. creative account for BMW is expected to go into review next year, according to people familiar with the situation.
Credit: BMW

Interpublic Group's FCB has been named agency of record for BMW in Canada, months before the luxury automaker is expected to launch a U.S. review. The move marks the end of a long relationship with Cundari, which had handled the brand north of the border since 1995.

FCB Canada -- which has offices in Toronto and Montreal -- was one of four agencies in a review for the account, including Cundari.

People familiar with the matter expect the U.S. creative account to go into creative review in 2018. The incumbent is MDC Partners-owned KBS. A BMW U.S. spokesman declined to comment on the possibility of a U.S. review. KBS declined comment.

BMW lost the global luxury sales crown to Mercedes-Benz last year, ending a more than decade-long run at the top. In the U.S. this year, Mercedes had a 12,900-vehicle lead over Mercedes through June, according to Bloomberg.

In the States, returning the brand to growth is in the hands of new U.S. chief Bernhard Kuhnt, who took over as BMW of North America as of March 1. Automotive News in June reported that "dealers say they need fresher products, a better car-truck mix, competitive lease rates and a return to the days when BMW's 'Ultimate Driving Machine' tag line resonated wholeheartedly with consumers."

BMW Canada undertook what it called an "extensive agency screening and selection process" as it prepares for what it described as a realignment of BMW's brand and communication strategy. The goal is to "enhance the brand's strong position as a leading premium manufacturer in the Canadian marketplace, and to further its position as a leading innovator and cutting-edge marketer," according to a statement.

The Burnett Collective handled the Canadian review, according to people with knowledge of the matter. Representatives from the consultancy declined to comment.

"It's been 22 years and it's one of those things where we've had such a long run with BMW and we've grown their business and brand with them," said Jennifer Steinmann, president of Cundari.

She added that the agency participated in the procurement-driven review, which it knew was coming about 18 months ago. Cundari also defended the business in a pitch seven years ago. Steinmann said the parting is emotional but that the agency is happy with the time it's had with BMW, especially because most agency-client relationships don't last longer than three years.

"FCB stood out for several reasons," Sebastian Beuchel, director of BMW brand management for BMW Canada, said in a statement. "Their strong strategic competence really shone through; they presented truly inspiring creative concepts; their broad, multi-cultural knowledge and insights into retail marketing were exceptional; and their digital strength -- a key pillar for us -- was particularly strong."

"Changing agencies was a major decision for us," he added. "Cundari has been our valued partner for 22 years. They have been with us through major changes in our business, and in the industry as a whole. Over the years, we have done some incredible, award-winning work together, including our BMW M online films."

FCB's first assignment will be to handle marketing for the launch of the all-new BMW X3.

~ ~ ~
CORRECTION: An earlier version of this article misspelled the name of the incumbent agency on BMW in Canada as Cunardi in some places. The correct name of the agency is Cundari.