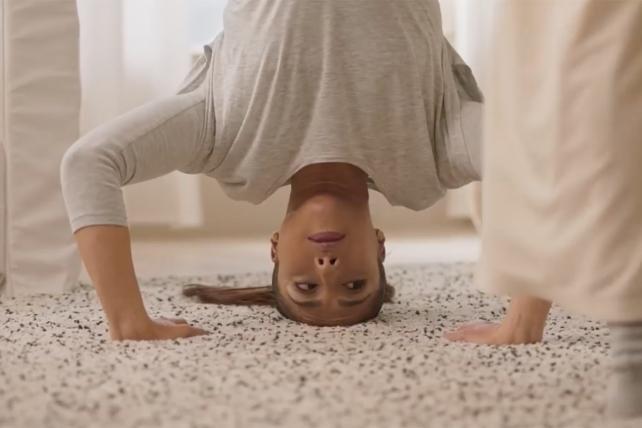 In an effort to be more sustainable, Ikea is mailing out fewer catalogs to consumers—and applying the financial resources to a new U.S. campaign. Beginning Wednesday, the 75-year-old Swedish retailer is doing its first national out-of-home push in the U.S., where it operates 48 stores, and hosting live catalog pop-up shops in New York City and Chicago. This year's print catalog debuted this month.

"We're sharing content in new ways because consumers are consuming content in new ways," explains Kendra Ferguson, media project manager for Ikea North America, which is headquartered in Conshohocken, Pennsylvania. "We're doing more digital and having experiences so people can interact with us more."

Later this year, Ikea will also feature giant pop-up catalogs, sized 10 feet by 10 feet, in some urban areas. Billboards in high-profile areas such as New York's Times Square will feature a digital rendering that turns 2D catalog pages into animations created by Vidmob.

Ferguson notes that while the furniture chain is spending less on catalog mailings—the chain mailed 50 percent fewer this year—it has redirected that money in the new campaign so that year-over-year spending is the same.

Ikea, which did 38.3 billion euros in sales last year, employed Ogilvy for creative duties on the campaign and Wavemaker on media duties. The retailer spent $96.5 million on measured media in the U.S. last year, including $10.2 million on catalogs, according to Kantar Media.

Separately, the company is rolling out a new 90-second spot in Sweden that shows consumers singing to Mozart as they enjoy both privacy and togetherness. Ferguson says Ikea has studies that show 42 percent of consumers find it hard to find a space of their own when sharing a home.