Flipsides: Samsung's iPhone-Mocking Ads Are Brilliant; No, They're Risky

Gary Stibel and John Ruf on Why They Disagree About Apple-Bashing Spots
READ THIS NEXT
CMO hirings set record pace, even during the pandemic
Gary Stibel
Credit:

Samsung's current advertising in de/offense of the Galaxy S3 versus iPhone 5 is nothing short of brilliant.

The majority of advertising today is not very good, which is why for years, ad dollars have been migrating to price, promotion, packaging and any other marketing-mix variable that starts with a "P."

Good advertising, while rare, builds not only sales and shares, but also more than pays out in less time than most marketers and agencies would admit. It positions a brand to attract consumers even at premium price points.

Great advertising, like Samsung's, does more. It not only positions the advertised brand, but repositions the competition, which is precisely what Samsung is doing with the "Long Lines" campaign. Samsung has successfully attacked arguably the world's most valuable brand and most iconic innovator in a fashion that is nothing short of making it your father's Oldsmophone.

And Samsung did it using new-world metrics and old-fashioned creativity: real-time analytics from the web, surgical segmentation of the market, competitive messaging for yesterday's product and a humorous twist that even Appleleptics can tolerate.

No amount of advertising would have stopped the iPhone 5 from selling out, but:

This is great advertising, available to all but practiced by few: compelling message, memorably delivered to a critical target , at a decisive time that is having a disproportionate influence. 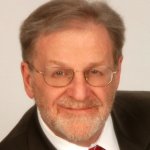 In the midst of the recent iPhone 5 launch, Samsung has been blasting the airwaves with its latest advertising touting "the next big thing is already here."

Samsung is clearly attempting to position itself as a superior alternative to the iPhone 5, using humor to say the iPhone 5 is making only small incremental improvements and also pointing out that the Samsung GS3 exceeds the iPhone 5 in key features that Samsung introduced three months ago.

The problem is that Samsung's advertising is risky. It:

Worse, the advertising could spark an ad war that Samsung might be sorry it even started.

Apple has already been tough with the Galaxy line in the courts, and may respond to Samsung on the airwaves. It might not want to give Samsung as much credit as it gave Microsoft, but Apple was wildly successful in the Mac vs. PC ads.

Despite what the ad says about the superiority of the GS3, it still shows Apple customers waiting hours in lines, and consumers still view lines and shortages as indications of product quality. And while the ad's reveal that the GS3 owner is saving a spot in the iPhone line for his parents is memorable, Apple has made a living on simple-to-use products, an attribute now appreciated by everyday consumers. Unlike "your father's Oldsmobile" ads, positioning the iPhone 5 as "your parents' phone" writes off for Samsung large, financially strong consumer and B-to-B market segments.

This is very risky advertising for Samsung, which is already the leader in smartphone unit sales. It has the potential to agitate the iPhone loyalists, many of whom view the iPhone 5 as a "badge" icon. And it incorrectly assumes Samsung can compete with Apple's iPhone simply by slamming it.