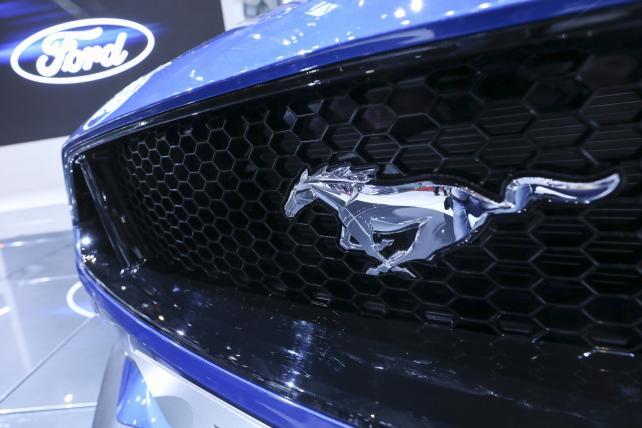 Ford Motor Co. plans to stop selling all sedans in North America and has nearly doubled its cost-cutting target by 2022 from the plan it laid out only six months ago. The automaker said it will either fix or eliminate unprofitable portions of the business -- and trim sales and marketing expenses.

Ford said the only cars it will keep in North America beyond their current generations are the Mustang and the Focus Active arriving in 2019. The automaker said it now expects to achieve an 8 percent global profit margin by 2020, two years sooner than planned. It upped its five-year cost-cutting goal to $25.5 billion, from the $14 billion projected by CEO Jim Hackett in October.

Ford Chief Financial Officer Bob Shanks wouldn't say whether Ford would need to eliminate jobs to achieve the additional $11.5 billion in cost cuts. Nearly half of the cuts would be in sales and marketing -- through incentive optimization, reduced advertising and other actions -- with the rest coming from engineering and product development, material costs, manufacturing and information technology, in that order.

"Our intention is to raise the level of performance on all parts of the business through fitness," Shanks told reporters at Ford's headquarters near Detroit. "But frankly, that is not going to address completely the underperforming part of the business. We will have to make choices around how we disposition those businesses going forward. We can make different investments; we can partner; we can exit products, markets. And we will do that."

Shanks announced the improved guidance as the company reported a 9 percent increase in first-quarter net income. Its global profit margin was 5.2 percent in the quarter, as higher commodity costs reduced earnings in North America. The company posted a 6.4 percent margin during the same quarter last year. Ford shares rose 2.6 percent to $11.40 in after-hours trading, as of 5:48 p.m. ET Wednesday.

Ford officials already signaled that some cars would be removed from the portfolio as consumers gravitate toward far more profitable pickups, SUVs and crossovers. Shanks said the Lincoln brand as a whole is not in danger but noted that it lost money in China because it is in ramp-up mode there after being introduced in 2014.

While Ford didn't mention them, analysts say the future of the Lincoln Continental and MKZ sedans, which share platforms with many of the Ford cars slatted to be scrapped, also remain in doubt.

Shanks suggested that Ford could reduce investment in certain geographic regions or exit them completely if it did not see adequate returns on the horizon. That echoes the strategy General Motors has employed in selling its European business and abandoning several other countries, including Russia.

About $4 billion of the $11.5 billion in cuts would be accomplished in 2019 and 2020, Shanks said, with the rest occurring in the subsequent two years. He said the company used "hard work" to find more efficiencies after Hackett unveiled his plan in October. The plan was met with a tepid reaction from analysts and investors, who have been eager to hear more specifics.

"We have looked at every single part of the business," Shanks said. "I don't think they're done yet."

Ford's North American pretax profit fell 9.2 percent to $1.94 billion, with commodity costs accounting for more than the entire decline. It lost $149 million in South America, 37 percent less than in the first quarter of 2017, and earned $119 million in Europe, down 43 percent. Its Asia Pacific business swung to a $119 million loss, from a $148 million profit a year ago.

Nick Bunkley is a writer for Automotive News

Nick Bunkley
Follow View all articles by this author