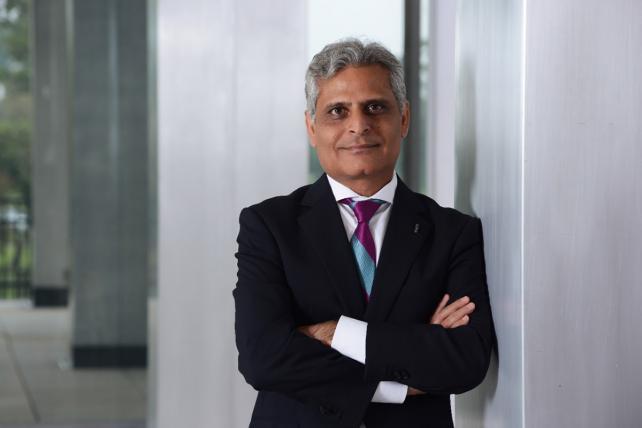 Stephen Odell, 62, Ford's executive vice president of global marketing, sales and service, will retire after 37 years at Ford. Galhotra, 51, in taking over Odell's marketing responsibilities, will be charged with "shifting investments towards product categories that play to Ford's strengths, and developing more effective brand communications including digital services, emobility and autonomy," the company stated.

The heads of quality, human resources and strategy are also departing by the end of the year. The moves come as North American vehicle sales slow and as Ford transitions to offering new mobility services. Ford has made strides in the quality department, finishing as the No. 2 nonpremium brand in J.D. Power's 2017 Initial Quality Study, although the automaker has been plagued recently by recalls for door-latch issues that have cost hundreds of millions of dollars to repair.

Odell was key to Ford's turnaround in Europe, where it has posted profits following aggressive job cuts and plant closures. He moved to the U.S.-based global sales and marketing role about three years ago.

"Stephen has made significant contributions to Ford, including laying the groundwork for our turnaround in Europe and positioning us for success as we continue to create a world-class global marketing and sales organization," Hackett said.

Galhotra joined Ford in 1988 and has served in various positions in product development and product strategy. He grew up in India and and has a bachelor of science in mechanical engineering from the University of Michigan.