Why Ford's fighting back against Elon Musk's cheap shot 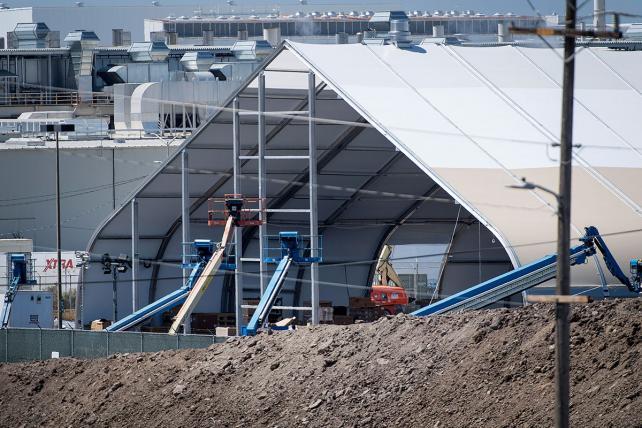 In a suddenly escalating war of words with Tesla, Ford PR has chosen to Go Further.

Elon Musk on Wednesday took a jab at his Michigan rival in an interview with The Wall Street Journal when he said Ford "looks like a morgue."

The automaker typically lets such pettiness slide, whether it's a barb from Musk about the Ford family's control of the company through a special class of stock or an attack ad from General Motors poking holes— literally—in its Ford F-150 pickup.

This time, though, Ford responded directly.

Mark Truby, the company's vice president of communications, shot back at Musk on Thursday morning on Twitter, saying, "No doubt the vibe is funky in that 'makeshift tent,' but it's not bad either across the street at the #FordRouge plant where a high quality, high-tech F-150 rolls off the line every 53 seconds like clockwork."

And the Tru-bomb wasn't the only shot lobbed from the Glass House in recent months.

When Musk claimed this week on Twitter that a proposed future Tesla pickup will parallel park automatically, have 360-degree cameras and sonar, Mike Levine, Ford's head of product communications, quickly pointed out that the F-150—a real production vehicle—has had those features since 2015. He's also recently noted that Tesla relies on Ford pickups and vans as its service vehicles.

And after Musk strapped a cherry red Roadster to one of his SpaceX rockets this year, Jim Farley, Ford's head of global markets, mocked the stunt by saying Ford's upcoming battery-electric crossover "is going to be famous without having to shoot it up in space."

Why the recent pushback?

The Dearborn automaker has been as perplexed as anyone over Wall Street's illogical infatuation with Tesla. How can an unprofitable company that builds cars in a tent, continually misses targets and employs a CEO who cavalierly dismisses analysts' "boring bonehead questions" have a higher valuation than a profitable century-old automaker that reliably churns out millions of vehicles, including the nation's top-selling F series, year after year?

Until now, Ford officials have largely voiced their befuddlement in private while publicly taking the high road. But that's changing.

As Tesla was slogging through "production hell," Ford hosted media tours of its Kentucky Truck Plant that showcased years of refined manufacturing processes. Tesla wasn't mentioned once, but the message was clear: What's new to Elon is old hat to Ford.

The automaker recently celebrated its 115th birthday and is positioning itself to survive the next 100 years.

Musk may want to spend less time taking shots at others and worry about fixing his Model 3 production issues and finally turning a profit -- or it will be Tesla, not Ford, that ends up looking like a morgue.