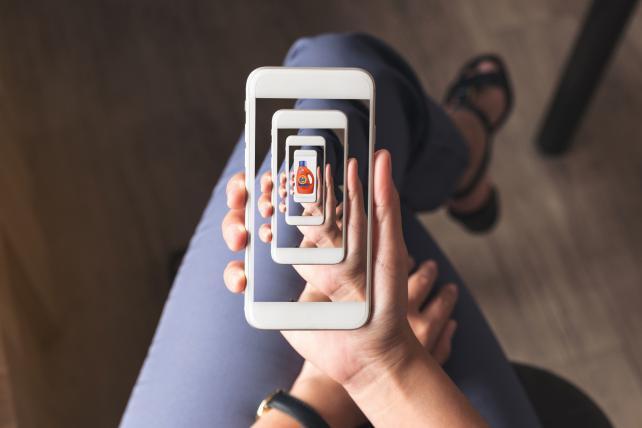 It might be hard to believe based on what you see, but some marketers are trying not to inundate people with the same ads over and over.

But this so-called "frequency capping"—a strategy growing in popularity—is easier said than done. How much is too much? It depends whom you ask. Research suggests the optimal number varies by medium, category, objective and type of ad. Then, even if you have a number in mind, tools to enforce that cap are inconsistent.

Individual brands, however, are giving it a shot. Procter & Gamble, for one, says it tries not to show its digital ads to people more than three times a month. But realistically, people may see some of its TV ads more often than that, especially on cable, where there are a lot of repeated shows. And some researchers believe three isn't enough anyway.

Facebook research, done in conjunction with Oracle and based on tracking sales response to ads for packaged-goods products, finds the ideal average exposure frequency is one to two impressions weekly over at least 10 weeks for a campaign. That's according to Lisa Barnes, marketing science partner at Facebook, who revealed the findings in a September presentation to the Advertising Research Foundation's ShopperXScience conference in Chicago. That suggests an ideal of four to nine exposures monthly, and in some categories, even more may be optimal, Barnes said. While she did not name specific categories, she said categories where the purchase cycle is short may do better running ads more frequently over a shorter period.

Of course, Facebook is in the business of selling ads. Other research suggests less is more. A 2016 Marketing Evolution study for the Mobile Marketing Association, whose membership is a mix of marketers and mobile-media companies, found just three exposures to be generally optimal for mobile ads, compared to 12 to 15 for cable TV over the life of a campaign. Mobile video has greater impact than the same video ad on TV, so requires less repetition to build impact, says Marketing Evolution CEO Rex Briggs. That's because people tend to pay more attention to what's on their phones, while TV viewers are more often distracted. However, mobile display ads work better with greater frequency, serving as reminder messages, he says.

"TV frequency usually is optimal around one per week for most categories," Briggs says. But for movie advertisers, higher frequency closer to the release date works better.

In other words, universal rules of thumb are hard to come by. Maybe marketers just need more thumbs.

University of Tampa marketing professor Jennifer Burton says she spent years learning, and teaching, that three to 10 cumulative exposures was ideal for a TV ad during the life of a campaign. Yet it gnawed at her that her real-world experience was different, as she saw the Geico Gecko, or Allstate's Mayhem, or Jake from State Farm, way more than that.

"Surely these companies aren't dumb and intentionally violating this rule," Burton says. "They must be doing something right."

That led her to launch a study along with colleagues from Mississippi University for Women, Delta Modeling Group and BDJ Solutions, published in the October Journal of Advertising Research. They found people tend to have an initial emotional connection when they see an ad one or two times, a more reasoned or cognitive response when they've seen it three to 10 times, and then a deeper emotional connection after more than 10 viewings, particularly if the creative is good.

"Ultimately, we found if they had seen an ad more than 10 times, they had a significant lift in purchase intent," Burton says, and more positive attitudes about the ad and brand.

Even within digital media, though, tracking frequency has gotten harder recently because some media companies are restricting use of user data outside their platforms due to privacy regulations—an issue of concern for the Association of National Advertisers Board in October, says P&G Chief Brand Officer Marc Pritchard.

Still, sports fans watching live TV may see some ads, like Head & Shoulders with Sofia Vergara and son, way more than three times a month, or even a day. That's partly because of their viewing habits.

"People who watch a lot of media will be reached more times," Pritchard says. "Which is why we're so interested in cross-platform measurement, because of all the duplication that happens across digital players and TV players. If we could finally get to that point, I think we could drive out a lot of waste."