Departure Follows CMO Shakeup and Global Structure Overhaul
READ THIS NEXT
The Week Ahead: ‘The Masked Singer’ returns and ANA holds media conference

General Mills Chief Creative Officer Michael Fanuele is stepping down from his post as the company's first chief creative officer, according to an internal memo obtained by Ad Age. 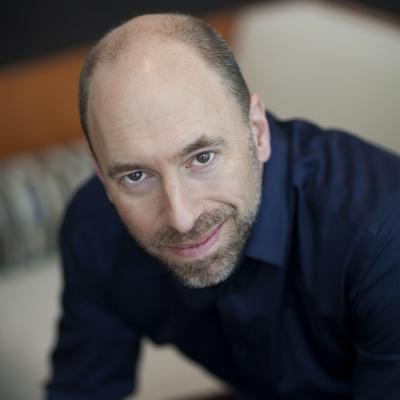 "At this exciting moment, I'll be leaving General Mills, confident in the course that we've set and the good people who will sail it," wrote Fanuele in the note.

"Timing is never ideal, of course, but you've got some sunshine in your pockets," wrote Fanuele, adding that a new global chief marketing officer will arrive "soon enough." He took on the creative role at General Mills in September 2014.

Former Chief Marketing Officer Ann Simonds left the company at the end of 2016. At the time of her departure, General Mills shook up its broader global structure, naming four group presidents and announced plans to eliminate hundreds of positions. At that time, General Mills said it would name a new global CMO/marketing innovation leader.

Fanuele and Simonds led the company's high-profile U.S. creative agency review process last year, which ended with MDC Partners' 72andSunny and Redscout being tapped as its primary shops. General Mills also picked three creative agencies as preferred agencies for U.S. projects: Joan Creative, Erich & Kallman and The Community. During the closely-watched pitch, General Mills required participating agencies to be staffed with at least 50% women and 20% people of color within the creative department.

In the memo, Fanuele said he is honored that he was able to "refresh our roster of creative partners and set them up to do their very best work" and "run an agency review based on our company values that instigated an industry-wide discussion about the power of creative diversity; to reinvent the agency compensation model."

"I'll spend the next few weeks helping with the finishing touches on the work we'll launch," wrote Fanuele in the memo. "Then I'll finish a book I've been writing. I'll teach. And I'll look for a crew of pirates with whom to make mischief."

"We wish him the best in his future endeavors," General Mills said in a statement. Fanuele was not immediately available for comment.

Fanuele earlier this year shared his thoughts on the review process in a two-part op-ed piece for Ad Age.