How German Is Beck's if It is Made in the U.S.?
READ THIS NEXT
Oreo’s pollyanna plea for political unity, and Cosmo’s new wine brand: Trending 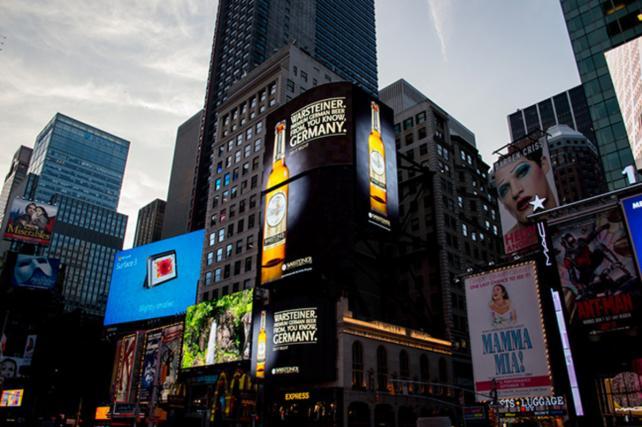 German beermaker Warsteiner is having some advertising fun at the expense of rival brand Beck's.

The closely-held company put up a digital billboard in New York touting its German credentials after Anheuser-Busch InBev was accused of watering down the origins of its own Beck's.

"Warsteiner. Premium German Beer From, You Know, Germany" is the slogan on a 15-story-high digital billboard on the corner of 46th Street and 7th Avenue in New York's Times Square.

"We needed to reassure consumers that every drop of our beer in America is bottled and brewed in Germany," said Brian Elliott, CEO of Amsterdam Worldwide, the ad agency employed by Warsteiner, based in Warstein, Germany, which began exporting to the U.S. in the 1980s.

The world's largest brewer A-B InBev has settled a U.S. class-action lawsuit over Beck's. Slogans such as "originated in Germany" led some drinkers to think the beer was bottled in Europe, while Beck's in the U.S. is made in a Missouri brewery.

A federal judge in Miami on June 23 gave preliminary approval to a deal in which Beck's drinkers will be eligible under the settlement for refunds if they can provide receipts dating back to 2011.

"We believe our labeling, packaging and marketing of Beck's have always been truthful, transparent and in compliance with all legal requirements," Jorn Socquet, A-B InBev VP for U.S. marketing, said in an e-mail. The company also makes Budweiser and Stella Artois beers.

"Our consumers do care about origin and it does matter, so we're trying to reassure our customers that nothing has changed with where our beer is made," said Laura Sprengard, brand manager for Warsteiner's U.S. business.

German beer sells for premium prices in the U.S. because of its import costs, national heritage and so-called "purity law" dating back nearly 500 years, allowing only water, barley malt, hops and now yeast for brewing.