Nissan, Renault and Mitsubishi duke it out: What to watch in week two of the Ghosn scandal | Ad Age
Skip to main content

Nissan, Renault and Mitsubishi duke it out: What to watch in week two of the Ghosn scandal 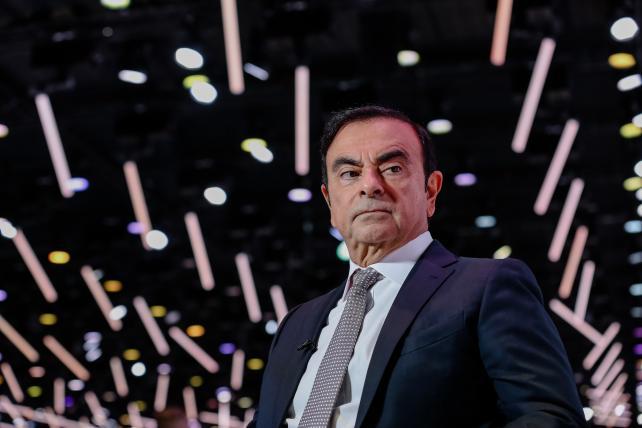 Almost a week after his arrest at a Tokyo airport, Carlos Ghosn remains in detention in Japan as the impact of the auto czar's stunning downfall ignites a power struggle within the world's biggest car alliance that he built.

Ghosn, 64, is accused of under-reporting his income and misusing Nissan Motor Co.'s assets for personal use, and was removed last week as chairman. He denies any wrongdoing, according to Japan's national broadcaster NHK, which cited people familiar with the matter. Here are some key highlights in the coming week.

With Nissan and Renault SA at odds over Ghosn's fate and what it means for their alliance, Mitsubishi Motors Corp. is set to make its position clear Monday afternoon, when its eight-member board -- including two from Nissan -- votes on whether to oust the executive as chairman. Ghosn and Mitsubishi Chief Executive Officer Osamu Masuko are the only two representative directors on the board.

The smallest and newest member of the union, Mitsubishi was bailed out by Nissan in 2016 after a fuel cheating scandal brought the manufacturer of Outlander SUVs and iMiEV hatchbacks to its knees. Mitsubishi dismissing Ghosn would further strengthen the position of Nissan, the largest shareholder with a 34 percent stake.

Also Monday, Nissan CEO Hiroto Saikawa will brief employees globally on "the misconduct" of the alliance founder and Greg Kelly, a former representative director, according to a memo to staff seen by Bloomberg News. Only a week ago, Saikawa appeared alone at a late-night press conference and issued a frontal condemnation of Ghosn's alleged behavior, calling it "the dark side of Ghosn's long reign."

"The guy who knows everyone, and knew how to play this complicated piano with both hands and both feet is not only no longer there, he's become the declared enemy of one of the big components of the operation," said Kenneth Courtis, chairman of Starfort Investment Holdings, an investment, private equity and commodity group.

As Renault reels from Ghosn's arrest, which appears to have come as a surprise to the French carmaker, Nissan is moving to try to secure more power, seeking a review of the two-decade-old alliance, according to people familiar with the matter.

Still, speaking Sunday on BFM TV, French Finance Minister Bruno Le Maire said he had spoken with Japanese Economy Minister Hiroshige Seko and they agreed it would be "preferable" to retain a cross-shareholding that gives Renault its current 43 percent voting stake in Nissan, while Nissan owns 15 percent of Renault with no voting rights.

Renault's board voted last week to keep Ghosn as CEO in contrast to Nissan's swift ouster two days later. The French company put in place an interim replacement, Thierry Bollore, and said it was seeking more information on the alleged transgressions. Renault will resist any sudden moves to reshape the alliance, according to people familiar with the matter. Possible scenarios include increasing Daimler AG's role to strengthen the European arm of the alliance, the people said, though no such plans are currently under discussion.

France could also tap an executive with credibility on both sides, such as Toyota Motor Corp.'s Executive Vice President Didier Leroy, to act as an intermediary, one of the people said. The Frenchman and former Renault executive, 60, is a well-regarded business figure in Japan. Leroy declined to comment.

An alliance meeting is planned this week in Amsterdam, a Renault spokesman said. It may include Daimler, according to a person with knowledge of the matter. All eyes will be on whether Saikawa shows up because if he does, it would be the first time he meets with Renault interim CEO Bollore since the scandal erupted.

Under the alliance's governance rules described in Renault's annual report, it's clear that tension between the two carmakers would render decision-making tricky. Ghosn is still chairman of the alliance's board while Saikawa is vice chairman. The French partner has the power to appoint the chairman, while the vice chairman comes from the ranks of the Japanese manufacturer. All decisions and recommendations "are always made by consensus between the two shareholders," the document states.

Calling the alliance "indispensable," Le Maire said Sunday he wants to strengthen it while maintaining the rules that require Renault's chairman to serve in the same role at the head of the alliance.