GM Plans to Launch Airbnb for Your Car 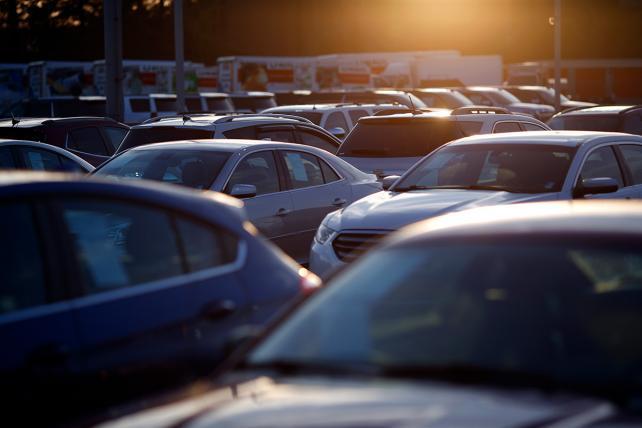 General Motors plans to start a pilot program this summer that will enable car owners to rent out their vehicles when they aren't using them, according to people familiar with the matter.

The tests will begin in early summer through GM's Maven car-sharing unit, said the people, who asked not to be identified because the plans aren't public. GM vehicle owners will be able to put their cars on Maven's platform for other drivers to rent and share the revenue with the automaker.

The pilot—which GM will try to grow into a full-fledged business if it's successful—could mark another step forward in GM's transition from manufacturer to mobility provider. After GM's stock stagnated for years as investors fretted over peaking car sales and Silicon Valley's offensive on the auto industry, the shares rose to a record high in October as its self-driving car plans and services like Maven gained traction with investors.

GM's Maven unit already rents vehicles to individual drivers, including customers looking for short-term wheels as they have through services such as Zipcar. Maven Gig also lends cars to drivers working for companies including Uber, Lyft and food-delivery businesses.

Up to this point, GM has owned those cars. By launching a peer-to-peer service, Maven would get access to more vehicles without its parent having to carry more hard assets on its balance sheet.

Other companies already do with cars what Airbnb has done for real estate: allow drivers to lend out their vehicles to defray the cost of ownership or make extra income. Startups Turo and Getaround are two of the bigger names in the space, though GM dwarfs both upstarts with its market value of almost $53 billion.

While peer-to-peer car sharing is a relatively new, niche business, the number of people signed up on Turo's site has grown fivefold to almost 5 million and its car listings have tripled to 200,000 in the last two years. The company raised $92 million in a September funding round led by Germany's Daimler AG and South Korea's SK Holdings Co., which valued Turo at about $700 million. Getaround raised $45 million last April, with Toyota Motor Corp. among the companies buying in.

Peer-to-peer businesses could make more sense than car-sharing services that require owning and maintaining vehicles, said Alexandre Marian, a director in the automotive and industrial practice at consultant AlixPartners LLP. Carmakers can make this model work because they have huge networks of vehicle owners, he said.

"Carmakers are preparing for disruption, so they are experimenting with different models," Marian said by phone.

Tesla has hinted at a future peer-to-peer sharing network, though the vision Chief Executive Officer Elon Musk laid out in July 2016 alludes to a service using fully self-driving cars.

"You will also be able to add your car to the Tesla shared fleet just by tapping a button on the Tesla phone app and have it generate income for you while you're at work or on vacation, significantly offsetting and at times potentially exceeding the monthly loan or lease cost," Musk wrote at the time. "This dramatically lowers the true cost of ownership to the point where almost anyone could own a Tesla."

Fully self-driving Teslas may still be some years away, and Musk has said little about a sharing network since.

The peer-to-peer sharing model does have its challenges. The American Car Rental Association, a lobbying group for companies including Enterprise Holdings Inc. and Hertz Global Holdings Inc., is pushing lawmakers to eliminate what it sees as unfair loopholes from taxes that its members have to pay and that car-sharing companies have avoided.

Turo is also battling a lawsuit involving the city of San Francisco that seeks to regulate ride-sharing businesses like rental-car companies and keep Turo out of its airport.

As GM looks to grow its Maven unit, it's plowing ahead with self-driving at its Cruise Automation unit in San Francisco. Cruise has developed driverless versions of the electric Chevrolet Bolt, plus an app to use the cars as robotaxis in a ride-hailing fleet starting next year. GM hasn't yet decided whether to use Cruise's app, a new invention or a partner like Lyft for the planned autonomous-ride business or if they would use Maven or another marketing name, the people said.