DETROIT -- General Motors CEO Mary Barra said today that she's likely to testify personally before congressional committees looking into GM's handling of an ignition-switch problem that has been linked to 12 deaths, and said the company's own investigation could take a few months. 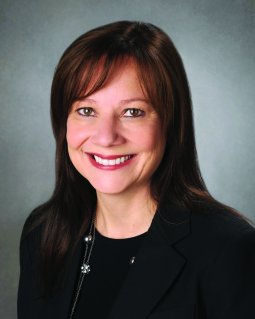 In a meeting with journalists today, Ms. Barra again apologized for GM's handling of the problem, which triggered a recall last month, and vowed better vigilance on safety to prevent future defects from going unfixed. GM has acknowledged that some engineers knew about the ignition problem for more than a decade before the recall, which has grown to include 1.37 million U.S. cars, spanning model years 2003 to 2007.

"Our goal is to make sure that something like this never happens again," Ms. Barra said in her first public comments since the recall was announced Feb. 13.

First in a series

The interview was part of an effort by GM to convey transparency and urgency amid criticism over its plodding response to the faulty ignition switch. Ms. Barra declined to answer specific questions about how the ignition switch problem was allowed to linger, saying that the investigation must play out.

Ms. Barra said GM is putting in place new processes to strengthen its safety performance, including today's appointment of a new global safety czar, Jeff Boyer, 58, a career GM engineer specializing in safety. She said it would be the first in a series of steps the company takes to improve and better track vehicle safety.

Ms. Barra said she expects that GM executives will testify before a congressional committee next month, and that she would "likely" participate.

"My message will be that we are focused on the customer. We are doing everything we can to support the customer and get their vehicles fixed," Ms. Barra said. "That I am very sorry for the loss of life that has occurred and we will take every step that we can to make sure that this never happens again."

Ms. Barra's comments came a day after GM announced three more recalls covering 1.5 million vehicles that have unrelated problems with brakes and airbag wiring harnesses. GM said it will take a $300 million charge to cover the costs of those three recalls plus the ignition-switch recall.

The additional recalls announced Monday, covering 1.5 million full-sized vans, crossovers and Cadillac XTS sedans, were triggered by Ms. Barra's call for a deep dive into the safety records of several products in light of the switch recall, GM said.

"Something went wrong with our process in this instance and terrible things happened," Ms. Barra said in a videotaped message to employees, released by GM on Monday.

The controversy over GM's handling of the ignition-switch recall has snowballed quickly. Since late February, the National Highway Traffic Safety Administration, two congressional committees and the U.S. Department of Justice have begun investigating why it took so long for GM to recall the cars.

The crisis poses an early and difficult test for Ms. Barra, 52, who took over as CEO on Jan. 15 after three years as GM's global product development chief.

The investigations and bad press threaten to mar GM's reputation just as its turnaround from its 2009 bankruptcy gains steam, with the automaker rolling out several hit products and racking up accolades for vehicle quality and ratings.

Ms. Barra said she first learned that there was "an issue being analyzed" on the ignitions switches in late December, just a few weeks after she was appointed CEO. She learned on Jan. 31, through a phone call from GM product development chief Mark Reuss, that a GM committee had decided to recall the cars.

Ms. Barra said that GM's goal is to fix all of the 1.6 million cars worldwide that are covered by the recall, which includes mid-2000 models of the Chevy Cobalt and HHR, the Pontiac G5 and Solstice, and the Saturn Ion and Sky.

She said dealers would begin making the fix around April 7. She hopes all the cars will be fixed by around October.

Mr. Boyer's appointment appears to partly be an effort to show consumers, regulators and lawmakers that GM is serious about determining how it let the ignition-switch problem linger and about preventing future safety lapses.

GM joins Ford Motor Co. as the only other major automaker with a vice president of safety, according to an Automotive News listing of industry executives.

He will report to John Calabrese, GM's global engineering chief, and will become a member of GM's product development staff, led by Mr. Reuss, the company said.

Ms. Barra said that Mr. Boyer will frequently brief her on safety matters and will have full access to top GM executives and its board, reinforcing the message that GM's top brass is redoubling its safety focus.

Barclays Capital analyst Brian Johnson said the addition of the three recalls Monday "increases the likelihood of market share erosion" as the negative headlines take a toll on GM's reputation.

Mr. Johnson said: "We see some silver lining in that the new regime is proactively trying to address the issues."