Just What Is the 'Agency of the Future' and Has Omnicom Built It? | Ad Age
Skip to main content
Sign In Register

Just What Is the 'Agency of the Future' and Has Omnicom Built It?

Dedicated McDonald's Shop Takes Leap Toward New Model, But It's One of Many Approaches
READ THIS NEXT
How yogurt brand Icelandic Provisions is using breathwork coach Alex Elle to promote mental health
Explosion
Credit: iStock

Marc Pritchard might have said it best: "Frankly, your complexity should not be our problem, so we want you to make that complexity invisible."

Addressing agencies at Ad Age's Digital Conference in April, the Procter & Gamble Global Brand Officer added that "our expectation is that over time, our agency partners, whoever we choose, are going to be able to integrate [all of the workload], so you can get the production out, the distribution out as well as the creative out."

It's not just P&G. Amid a movement toward transparency, marketers broadly are demanding that agencies simplify processes while still delivering a complex array of marketing services specific to their needs. They want to cull agency lineups, using fewer agencies or at least a single agency or other party to lead the multidisciplinary throng. Making that happen gets even tougher as media continues to fragment, increasing marketer demand for advertising and other content to feed a growing array of channels, and for a wider variety of providers from outside the tradititonal agency world to fill the void.

This "agency of the future" is what Omnicom Group says it will bring to McDonald's, following its win last week of a closely watched review it won out over Publicis Groupe. This unnamed multidisciplinary shop will have 200 staffers and will partner on site with employees from Google, Facebook, the New York Times content studio in addition to people from other Omnicom agencies, including digital shop Critical Mass, Omnicom Media Group, multicultural shop Alma, and boutique agency Sparks & Honey.

Pushing for years
It's the latest iteration of an agency-of-the-future idea some big marketers and agency holding companies have been pushing for years. WPP, which bowed out of the McDonald's contest over reported concerns about cost pressures, has been perhaps the biggest proponent to date, deploying such hybrid custom agencies from Ford (Global Team Blue) to Colgate-Palmolive Co. (Red Fuse). 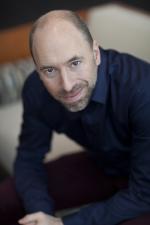 Similarly, General Mills is seeking for its U.S. grocery business "one core agency to handle the bulk [of the work] but to supplement with other partners, which might be technology platforms or media partners," said Chief Creative Officer Michael Fanuele, or "an anchor agency supplemented with a roster of interesting partners."

One of the participants in the General Mills pitch is Publicis Groupe, which is proposing a holding-company solution, yet there are others in the hunt not pitching in that manner, including McCann, Deutsch, Mother and 72andSunny. "This an exercise in finding the right partners, not the right model," said Mr. Fanuele.

David Beals, CEO of consulting firm JLB and Partners, said he sees few clients clamoring for a custom holding-company solution taken by Omnicom for McDonald's. "It gets reported when it happens, because it's big news," Mr. Beals said. "But there are down sides to the model that in reality prevents it from becoming more pervasive."

The talent issue
Chief among those, he said, "Is how do you attract top creative talent if you're an agency that's just in service to one client?" Even if the custom agencies after a year or two open up to outside clients -- as is the plan with Omnicom's McDonald's shop or WPP's Global Team Blue -- he said, "in the meantime you're asking people to work for a year or two with only one client only."

The alternate approach of periodically pulling people in from other agencies creates additional logistical issues, which include holding-company turf wars and avoiding the conflict issues that maintaining separate agency brands within holding companies is designed to circumvent.

But Mr. Beals still sees broad interest in reducing the number of agencies brands work with. Increasingly, for example, P&G brands don't have both a general creative and digital agency, and while statistics aren't broadly available, Mr. Beals believes a single agency covering both is becoming the norm.

Unilever, in the midst of simplifying its own marketing ranks in its latest reorganization, is looking to simplify agency lineups too, according to people familiar with the matter. Unilever's zero-based budgeting exercise -- similar to what dozens of other big marketers have undertaken in recent years -- essentially makes the question of whether the company needs as many agencies as it has now part of the process. But ultimately, it also comes down to longing for the days when a brand had basically one agency and a fear that specialization breeds distraction and waste.

"One of the things that concerns me most is the potential fragmentation of our brands," said Unilever Chief Marketing and Communications Officer Keith Weed in an interview at Cannes in June. "You have lots of agencies telling you this is what you have to do to be fluent on mobile, on social, on search. And if you're not careful, the brands get pulled in different ways."

Gerry Preece, a P&G marketing procurement alum and now senior consultant with External View Consulting Group, said the quest for simplification and finding a new, more functional agency model is the top business generator for his firm at this point. 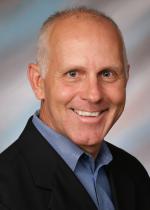 "It's driven by a fundamental dissatisfaction with the way things are going," he said. "Agency structures are still too siloed, and integration is too hard to do."

Marathon training
It's also clear that simplification is no sprint, more like a marathon on a twisting road.

Take P&G, which nearly a decade ago began an effort to simplify its far-flung marketing-services system at a time when the company had an estimated 2,500 agencies and roughly $1 billion in agency and production spending. It implemented a Brand Agency Leader system that designated a point agency to work with all the rest. By 2014, though, P&G was working with 6,000 marketing-services agencies and spending around $2 billion annually. Thanks to a new round of consolidation and simplicity efforts, the company has reduced those numbers to around 3,600 agencies and $1.4 billion. But simplification remains far from simple.

Despite Mr. Pritchard's call for simplification, the urge to try new agencies and models is hard to resist. Amid its broad agency culling, P&G's SK-II brand went outside its main agency Leo Burnett to tap hot Swedish independent shop Forsman & Bodenfors for an SK-II project in China that focused on single women over 25 cruelly referred to as "leftover women," which won a Glass Lion at the Cannes Lions International Festival of Creativity.

For another recent project, P&G's Olay tapped a team of five video bloggers represented by Gen.video to come to its Cincinnati headquarters, talk with researchers and create videos for a new line of eye creams that was used on the brand website, adapted by the bloggers for their site and used as advertising on e-commerce sites.

It's also one more sign that work that once done by ad agencies can now come from many places, including media companies or video bloggers building their own miniature media empires on the backs of other media companies.

Frenemies
Nowhere was that more obvious than at the Cannes International Festival of Creativity, where frenemies lurked everywhere as everyone to some extent was looking to get into someone else's business.

Facebook and Google were there, looking in part to expand their direct relationships with marketers, which include developing creative and media planning in some cases, albeit also heavily focused on working with agencies. IBM was there to tout not just data and analytics, but also its agency services. And WPP's J. Walter Thompson won Creative Data and Cyber Grand Prix awards for a project seemingly worthy of IBM's Watson -- "The Next Rembrandt," which used facial recognition, predictive data modeling and ED imaging to create what it projected Rembrandt's final painting would have looked like had he lived a bit longer.

Beyond the question of what is JWT doing in the predictive analytics business is the question of why is IBM in the agency business? It's taken a bigger plunge of late, acquiring independent digital shop Resource Ammirati and adding former Unilever VP-global media innovation Babs Rangaiah to lead its Global Marketing Solutions Effort earlier this year.

A big part of what IBM looks to do is actually to help manage, not add to, the complexity, Mr. Rangaiah said, for example by helping companies do some of the work he was doing at Unilever in navigating a particularly complex chunk of the marketing universe – the ever denser thicket of ad-tech providers.

"In the past the advertising agency was the right hand of the CMO," he said. "In the past three to five years, with the increased importance of technology and data, that just hasn't been the relationship, and the CMO or anyone working on a brand can't just count on the ad agency to lead that."

Beyond offering some agency services, Mr. Rangaiah believes the IBM iX unit he works for can work as the integrator of the marketing effort.

"I don't think it's so much of a turf war as an urgent struggle to get marketing right," Mr. Preece said of the increasingly crowded field of agency types, and he believes the core problem is that the industry has yet to identify exactly who should integrate all their efforts.

In many cases, marketers themselves are comfortable handling the job of parceling out work among various agencies, said Mr. Beals. But Mr. Preece believes the marketers "are in an even weaker position than 10 years ago to do this, because marketing organizations have been stripped down."

Mr. Preece said he led the group at P&G that once helped do this, but said, "It's a very labor-intensive thing, and for a typical marketer it's tough to do. Most agencies aren't structured to do it either."

The nitty gritty of the integration work requires skills such as optimization of work processes and attention to detail more akin to cost accounting or logistics management, he said, "which is the kind of work most agencies eschew. It's not who they want to be. But it's becoming more and more critical to marketing. And somebody's going to have to build it, or marketing is just going to be inefficient."

Handing the job off to a consultant or other third party just adds another layer of cost and complexity, he said. And he believes agency holding companies are in the best position to actually do the job, given that they own many or most of the pieces needed and merger-and-acquisition executives who have a purview of the external market. But he doesn't believe holding companies have generally developed people designed to put all the pieces together for marketers.

"Integration is something that as an industry we are not well structured to handle," he said. "And the need there has exploded because the complexity has exploded."