Company Bets On Experiential To Show Off Photo Storage and Search Product
READ THIS NEXT
NFTs take over iconic NYC billboard as crypto finds its way to out-of-home ads
Google's Pumpkin Patch at Times Square. A fall festival in the middle of New York to promote Google Photos
Credit: David Hall

New Yorkers too busy to get to the countryside to get a pumpkin for Halloween were able to swing by Times Square for some Jack o' Lantern action Thursday. Google set up a pumpkin patch for one day only to promote the Google Photos app.

Visitors could pose for pictures with their chosen pumpkins and see them displayed on an electronic billboard on Seventh Avenue. Some were randomly selected to get their photos carved into their gourds by a machine. 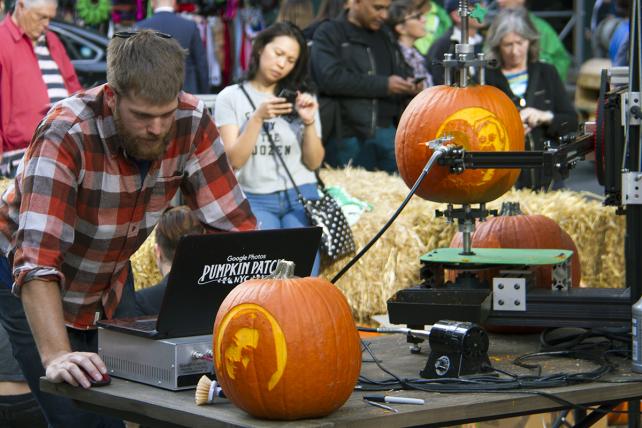 Pumpkin bots were carving the visitors' photos into personalized pumpkins

But robots weren't the only ones doing the carving. Experts from Maniac Pumpkin Carvers studio were also showcasing their work with finely detailed carvings of the Empire State building and the Statue of Liberty while Brooklyn bluegrass band The Defibulators played on. Visitors could also get free donuts and cider if they could win a challenge of finding specific photos in their phones in 20 seconds or less.

"We wanted to bring one of the favorite fall pastimes to an unexpected place, and have people make new memories, use the app and search for their photos," said Rico Farmer, brand marketing manager for Google Photos. Since the app's launch in May, Google has been betting in experiential -- like the Pay With a Photo Food Truck campaign during the summer -- to promote it. "It's a great way to demo the app," said Mr. Farmer. "The public can really see the value of the search feature." 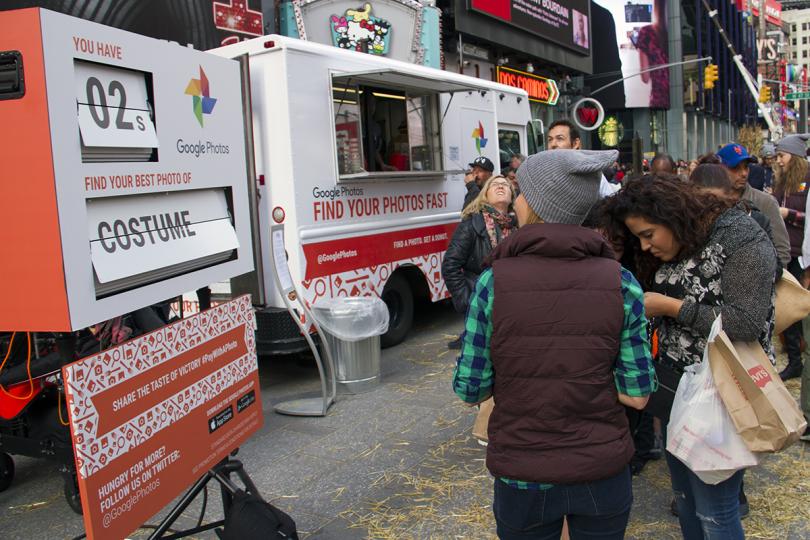 Google's Food Truck, where visitors had to find a specific photo in their phones in less than 20 seconds in exchange for a donut

Visitors were also encouraged to post their photos and social media updates using the hashtag #pumpkinpatchnyc. 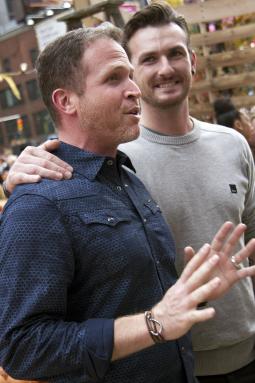 The patch also apparently inspired some visitors to make major life decisions. Kevin Lane, who proposed to his boyfriend Kevin Damphouse in the photo booth. The couple were making a New York stop on a road trip from Canada to Florida. Mr. Lane, who already planned to propose to Mr. Damphouse during the trip, saw the Google event and remembered that a fortune teller told him that he should propose at a fall festival, in a very public place. A pumpkin patch in the middle of Times Square fit the bill perfectly.

Hertz teams with Uber, Carvana in another shift to EVs

How Angi is building brand awareness in the home services industry

Fiverr global campaign says it's time to make 'something from nothing'