You Scream, I Scream, We All Tweet For Ice Cream

Good Humor -- known for its old-school, wholesome image -- is trying to put a little swag in its game as it updates for the digital age.

The brand, which permanently parked its iconic fleet of ice cream trucks nearly 40 years ago, is hitting the road again for a sampling tour. But fans will be asked to follow Twitter rather than chase the classic clang of ice cream truck bells to get their sweet fix.

The "Welcome to Joyhood" tour will make stops throughout the Northeast this summer as the 95-year-old brand seeks to update its mobile selling tactics for the contemporary age. Consumers can summon the truck by tweeting @GoodHumor as it makes stops in New York City, Philadelphia, Washington, D.C. and Boston. And instead of playing a classic jingle, the truck will blast pop music and rock 'n' roll.

"It resembles the nostalgic truck of the past … but it has modern nuances that bring us technologically, and also experientially, into the 21st Century," said Nick Soukas, director of ice cream at Unilever, which owns Good Humor.

Good Humor -- known for frozen novelties like ice cream bars and sandwiches -- sold its fleet of iconic white trucks in 1976 as gas prices skyrocketed. It then began focusing on selling in grocery stores. Today, the brand is still sold on ice cream trucks that are operated by independent distributors. 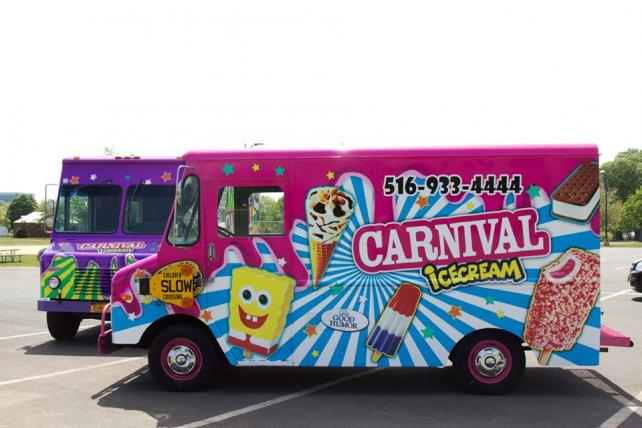 Unilever's truck is simply for sampling purposes. But some Good Humor distributors are also taking their own steps to modernize. Carnival Ice Cream, which operates in New York's Nassau County, has rewrapped several trucks in a colorful design and equipped them with music systems playing Top 40 hits. "They are fun and it was just time for a change," said Brittany Palillo, director-marketing for the Dover Group, which owns Carnival.

Good Humor's modernization moves come in the wake of recent grocery sales declines. In 2014 U.S. retail sales for the Good Humor brand fell to $218.4 million from $226.1 million the year before and $236 million in 2012, according to Euromonitor International. Mr. Soukas said "there are some areas of the brand that were in decline [and] there are others that are growing." The out-of-home business, which includes ice cream truck sales, "is a real growth driver for the brand," he added.

The trucks were also a key growth driver for brand founder Harry Burt, who created the original Good Humor Bar in 1920 in Youngstown, Ohio. His marketing tactics included a fleet of 12 white ice cream trucks that were equipped with bells and driven by white-clad Good Humor Men. The men had to abide by a strict code of conduct. One requirement was that they tip their hats to ladies and salute gentlemen. "Be alert, courteous and pleasant," reads an early manual, which urges the Good Humor Men to "make friends with children" and "watch out for their safety."

Unilever began bringing the Good Humor Man back a few years ago in its event marketing. Current-day men are a racially diverse group. But it's still an all-male club. "For now it will be all men," Mr. Soukas said. "But we are not closed to the opportunity in the future that the Good Humor Man could encompass different genders."