Conagra has to find a new buyer for its oil business, Unilever is getting into the snack business with a sustainability play, and Century 21 has a new look for, well, the 21st Century. But first, here's a peak at the brands we'll see tying their stories to the Han Solo story.

"Solo: A Star Wars Story" doesn't open in U.S. theaters until May 25, but before fans get to learn more about Han Solo's origin, they'll find out how brands are going to help promote the film. Lucasfilm has named six brands for worldwide promotional campaigns, and yes, one of them is Solo Cup. Also on board are Denny's, Esurance, General Mills, Nissan and Symantec, maker of computer security products such as Norton Antivirus. Solo Cup made its own Star Wars reference on Twitter, while Denny's teased that fans should check out its restaurants on April 3.

Our excitement just kicked into hyperdrive. Stay tuned for more on the @SOLOCup collaboration with Solo: A @StarWars Story. #HanSolo #SOLOBRATION https://t.co/tCpIx8MaSY pic.twitter.com/mcSNCCZNJu

for those asking: it's happening april 3rd at your local restaurant. not a long time ago in a galaxy far, far away. https://t.co/q3YU3DcYC0 pic.twitter.com/iiCShsnayg

General Mills has a long Star Wars history. As the company wrote in 2015, Kenner made the first Star Wars toys and action figures in 1977, when it was a division of the cereal company. Brands including Cheerios promoted that movie.

Into the 21st Century

Century 21 is renovating its brand, with a new logo, TV campaign and media partnership with ESPN. The Madison, New Jersey-based real estate firm, which has been in business for nearly a half-century, debuted a streamlined logo that excludes the dated house iconography. Armin Vit, a branding design expert who runs site Brand New, applauded Century 21's new monogram, where a "21" sits inside a "C," as "spot on." He wrote that the update should help Century 21 stand out "sharply and boldly" against competitors such as Keller Williams and Re/Max.

In addition to the new logo, the brand is also running a 30-second TV spot, "Don't Settle For Average (Unless You're in the Market for It)." Century 21 worked with MullenLowe, a relationship that dates back to 2009, on the changes.

Unilever jumps into the snack business

Unilever is out with Growing Roots, an organic, vegan, gluten-free snack brand set to support urban farms in the United States by pushing 50 percent of profits to urban farming initiatives. 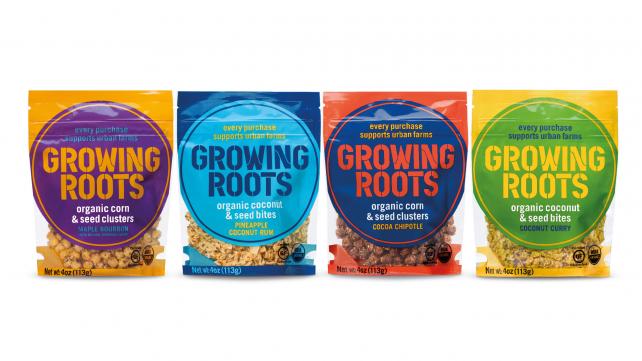 The introduction comes after Unilever, back in 2015, joined a public-private partnership to create six urban farms in New York. The farms have generated about 32,000 pounds of organic produce, and Unilever has since expanded the effort into Los Angeles, Houston, Miami and Chicago, it says. "Seeing the transformational impact urban farms have in communities, we created a brand from the ground up to help fulfill and extend that mission," Matthew McCarthy, VP of foods at Unilever North America, said in a statement. The snacks are made from ingredients including coconut, corn and seeds. ShopRite stores in the Northeast have the 4-ounce packs starting this month and Unilever plans to expand distribution throughout the year, including with Amazon Fresh and Amazon.com.

Next stop on the Rihanna retail wagon

After creating a cultural sensation with Fenty Beauty last year, Rihanna is taking her talents to lingerie, according to a report in Women's Wear Daily on Tuesday. The singer, whose apparel designs have proven lucrative for Puma, where she is creative director, will work with TechStyle Fashion Group, the El Segundo, California-based outfit behind Kate Hudson's Fabletics, WWD said, though representatives from TechStyle declined to comment "on rumors." However, experts say if Rihanna embraces diversity in underwear, as she did with Fenty's "beauty for all" foundation shades for all ethnicities, it could be another monetary win.

"Rihanna would fit right in and at the right time," says Patricia Hong, a partner in strategy and management consultant A.T. Kearney's retail practice and head of its beauty and luxury division. "It wouldn't be surprising that her new lingerie line not only celebrates diversity in skin tones but also diversity in shapes, sizes, ethnicities and would have the same kind of success her LVMH-backed Fenty is having."

Diamonds on the soles of her shoes

The shoes might have fit but diamonds are Ellen Jungers' best friend. Most recently chief customer and marketing officer at Payless ShoeSource, where she weathered the brand's Chapter 11 bankruptcy a year ago, Junger was just appointed CMO of Helzberg Diamonds. Faced with younger consumers' changing tastes in jewelry, Helzberg plans to overhaul its marketing. After a competitive review, the Kansas City-based retailer has named Carmichael Lynch as agency of record, handling creative, social, design and influencer engagement and analytics.

Conagra Brands' plan to sell its Wesson oil business to J.M. Smucker Co. for $285 million was challenged by the Federal Trade Commission, leading the companies to abandon the plan. The deal would have put Crisco, which Smucker already owns, and Wesson under one corporate roof, and was likely to reduce competition in the branded canola and vegetable oils market, the FTC said this week.

Smucker and Conagra disagreed. Smucker CEO Mark Smucker said his company believes "the FTC underestimated the significant role that private label brands play in the oils category, which account for approximately 50 percent of all cooking oil sales and hold significantly higher market share at some retailers." According to Smucker, the deal would have helped branded oil products remain competitive. Conagra, meanwhile, says it doesn't want to pursue litigation, and will keep evaluating what role Wesson plays in its portfolio.

Yuengling on the move

Midwestern agency Laughlin Constable has picked up a beer account. The shop, with offices in Chicago and Milwaukee, is the new agency of record for D.G. Yuengling & Son, including its flagship beer, Yuengling Traditional Lager. The first work is expected this spring. 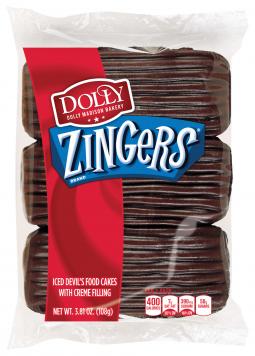 Hormel Foods named MegaMex Foods President Jeff Frank as VP of Hormel's foodservice marketing replacing David Weber, who was recently promoted to VP of foodservice sales. Ryan Michaelis, VP of sales and marketing at MegaMex, replaced Frank as president of MegaMex, which is a joint venture between Hormel and Herdez del Fuerte that sells brands such as Wholly Guacamole and Herdez.

Noodles & Company named Chas Hermann to the new role of chief brand officer. Hermann, who spent the last decade at his own consulting business, is responsible for marketing, menu and culinary strategy. Noodles' last CMO, Mark Mears, left in 2016. Jonathan Tress continues as VP of marketing and reports to Hermann.

Citi is on the hunt for a new chief brand officer. Dermot Boden, who served in the role since 2011 and managed programs like Citi's Progress Makers campaign and Olympics and Paralympic team sponsorships, is leaving the company at the end of the month. Until a replacement is found, Mark Ingall, a managing director, will serve in the role on an interim basis.