Hats Off to These 10 Forward-Thinking Clients

Plus, Five to Watch for the Near Future
READ THIS NEXT
Last chance to RSVP: Ad Age Next CMO is on Tuesday

Clients are often depicted as conservative corporate yes-men, standing in contrast to the Technicolor brilliance of the agency's creative wizards. This image ignores a number of brand-side marketers who bring guts and innovation to the business. Here's a ranking of 10 forward-thinking executives, and some takeaways that may help you become a better client. And we included five to watch for the near future. 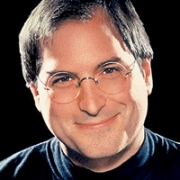 Though it was not his chief responsibility, Mr. Jobs had with a deep understanding of how vital marketing is . His long union with Chiat/Day and, after its acquisition, TBWA, was a model of agency-client relationships, producing any number of successful campaigns, chief among them "1984" and "Think Different." Mr. Jobs had weekly meetings with creative guru Lee Clow but didn't treat the agency with kid gloves. Some of the best parts of Walter Isaacson's biography of the late Apple founder deal with the friction between Mr. Jobs and TBWA executives Mr. Clow and James Vincent. 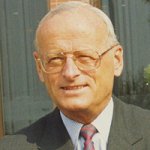 In 1958, when Mr. Hahn arrived in the U.S., brand Volkswagen was nowhere. By the early "70s, it had an American cultural icon: the Beetle. Credit Mr. Hahn's hiring of then-boutique agency Doyle Dane Bernbach, a move that sparked a revolution on Madison Avenue and gave us memorable ads such as "Think Small" and "Lemon." He had a background in economics, but Mr. Hahn was a marketing risk-taker whose respect for the consumer's intelligence foreshadowed contemporary doctrine on the empowered shopper. 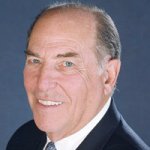 As the father of the Pepsi Generation, the late Mr. Pottasch named an enduring brand platform and identified the importance of the youth culture for marketers. His decades-long relationship with BBDO, especially creative head Phil Dusenberry, helped move advertising away from product information and demonstrated how marketing could celebrate the consumer's lifestyle, both real and imagined. 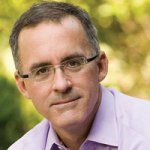 During his years as chief marketing officer, Mr. Stengel did the unthinkable: He made marketing cool at the staid consumer-packaged-goods giant. Mr. Stengel championed spending on cause-related initiatives and in emerging-media channels, and brought in hip agencies such as Wieden & Kennedy for Old Spice. Now a consultant and author, he helped P&G earn a reputation for creativity while he improved sales. He was an industry firebrand at a critical time and provided intellectual air cover for budgeting for digital experimentation. A 2004 speech in which he declared the marketing model "broken" will go down as a classic. 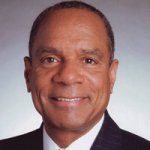 Even while guiding his company through the financial crisis, AmEx's CEO carves out a lot of time for the marketing function. He cultivated a relationship with Ogilvy & Mather that resulted in some of the category's best creative. Pointing out that American Express makes nothing, Robert Solomon, author of "The Art of Client Service," said the company "is built on something far more elusive and hard to define; in some respects it is the purest manifestation of a brand. Ken is particularly adept at understanding this." 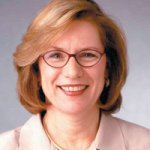 Hard as it may be to remember, there was a time when J&J could call itself the world's most-trusted company. For a lot of that time, Andrea Alstrup, a veteran of the first Tylenol recall -- the one that was handled well -- was a senior marketer deftly juggling a massive media budget, large agency roster and a portfolio of venerable brands. Never a self-promoter, Ms. Alstrup was the 10th woman and the first female client elected to the American Advertising Federation Hall of Fame . 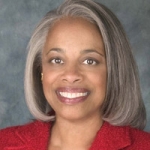 Let's get this out of the way: Ms. Fudge's time at the helm of Y&R was a hot Six Sigma mess. Focus instead on her tenure at Kraft , where she zipped up the ladder to exec VP with successes on brands that included Maxwell House, Shake "N Bake and Kool-Aid. During that time, she was praised as a consensus-builder and problem-solver who got strong work out of her agencies. Even years after the Y&R flop, she is still probably the most important black executive the advertising industry has ever seen. 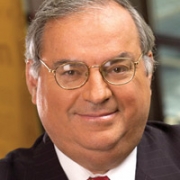 CMO during the chain's turnaround early last decade, Mr. Light was a marketing theorist and way ahead of his time. His notion of brand journalism rings even more true in a world of fragmenting media. "We don't need one big execution of a big idea. We need one big idea that can be used in a multidimensional, multilayered and multifaceted way," Mr. Light argued. Like Mr. Stengel's broken-media model, this was a message whose punch came from the fact that it was issued from the marketing mainstream. 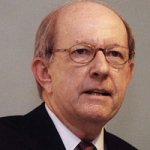 The late Mr. Deaver shaped Ronald Reagan's image and approved some iconic political advertising, including "Morning in America," arguably the greatest political ad ever. When dealing with his Tuesday Team, Mr. Deaver kept things simple. BBDO's Mr. Dusenberry said: "The ultimate client was President Reagan, and it was as simple as that . We had no layers of approval, no levels of a rule to go through time and time again. It was as simple as showing Mike Deaver a piece of advertising we liked; if he liked it, it was as good as done." The lesson: Assemble the best talent and stay out of their way. 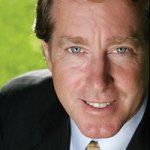 Most marketers don't get to work on even one great brand, but in the 1990s Mr. Bedbury led two. He took Nike to new heights, overseeing the brand's "Just Do It" campaign and global growth. Then, as Starbucks was becoming a household word with international aspirations, he pushed into co-branding initiatives and got distribution in supermarkets. An ambidextrous marketer who got both grand-production storytelling and word-of -mouth-fueled promotion, he was a hint of what future marketers would have to be. Since 1998, he's run his own consultancy, Brandstream.

Steve Pacheco, director-advertising, FedEx: Long relationship with BBDO has yielded consistently strong creative. And he knows how to tweet.

James Moorhead, associate marketing director at P&G's Gillette: The client behind Old Spice's The Man Your Man Could Smell Like. Enough said.