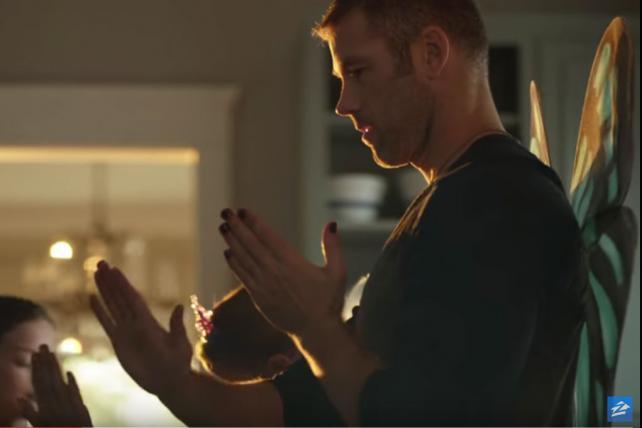 There's no place like it, and it's where the heart is. It's also the name of a new ad campaign from Zillow. The growing real estate company, which was founded in 2006, will begin broadcasting spots from its "Home" campaign this week. Three TV commercials will debut on Monday, and another nine will run by the end of the summer.

"Home" features real people, not actors, telling their stories about what home means to them. In one commercial, a single dad talks about being a father to four girls -- spoiler alert, painted nails are involved. In another, a man explains that he is the first in his family to buy a home.

"Everyone's story is unique, and [buying a home] is a big, scary decision," said Jeremy Wacksman, chief marketing officer. "We interviewed dozens of people who had used Zillow or hadn't and talked to them about what home means to them. We were inspired to tell those stories."

Initially, the ads, which were filmed in Los Angeles, will focus on the meaning of home. As the home buying season gets underway, the stories will evolve to more specifics about the buying process. The spots will vary in length, and also be available digitally. Seattle-based Zillow, which employs 2,200 nationwide, worked with Deutsch Los Angeles, its creative agency of record.

Zillow ran a broader advertising campaign, also from Deutsch, three years ago that was primarily focused on building brand recognition. The company also owns Streeteasy and Trulia, which it bought for $2.5 billion last year. While Mr. Wacksman declined to disclose how much Zillow is spending on its new campaign, a spokeswoman said the company spent $100 million on advertising across all brands in 2015.

Last week, Zillow reported fourth-quarter revenue of $169.4 million, a 7% rise over the year-earlier period, and a loss of $25.7 million, compared with $11.3 million last year.

Correction: Zillow bought Trulia for $2.5 billion last year, though the deal was initially valued at $3.5 billion. That information was misstated in an earlier version of this story.