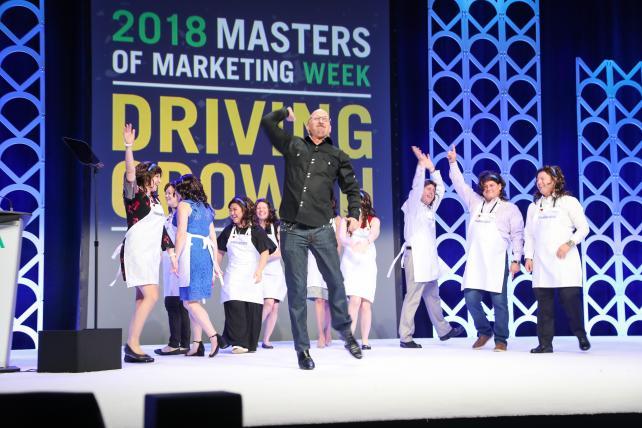 The skyrocketing growth of internal agencies—78 percent of marketers now have some form of in-house team, up from 58 percent five years ago, according to an ANA report released this month—has been a continual theme in several presentations at the ANA Masters of Marketing Conference this week.

In fact, it's such a popular topic that the ANA plans to host its first in-house agency conference next March in Orlando, ANA group executive VP Bill Duggan announced on Friday. The three-day event will include presentations from internal creatives at Verizon, Chobani and Clorox.

At the Masters of Marketing, opening keynote presenter Jeff Charney, CMO of Progressive Insurance, which has had its own internal agency for years, gave ANA CEO Bob Liodice a (verbal) "major high five" on the increasing trend. While Progressive uses some external agencies to supplement its internal work, Charney said, "You can't over-depend on your agency-they can only do so much."

Similarly, while Clorox works with FCB and McGarryBowen, the CPG giant has its own internal agency, called Electro. For two decades, the inside shop has lived in peaceful co-existence with external partners, Eric Reynolds, chief marketing officer at Clorox, said. Clorox does see an increasing "need for a lot of content a lot faster—in some cases more efficiently or cheaper," he said.

Verizon's Warren Chase gave an entire presentation on Friday about the telecommunication brand's 18-month-old internal agency 140, where he is chief operating officer. He spent his time on stage debunking several "myths" agency folks often trot out when criticizing in-house—primarily that it's where creatives go "to retire." He even referenced a recent opinion piece in Ad Age by 4As CEO and President Marla Kaplowitz, that said reports of the trend are "greatly exaggerated."

Chase notes that 140 has 145 employees who are 52 percent female, and diverse in both ethnicity and background—some staffers have come from the Whitney Museum and UNICEF. Only 60 percent of his staff has come from traditional agencies. He also noted that the notion of a creative getting stuck in one category is false—Verizon's own innovations, like 5G, keep the company fresh. He also said that attrition rates in the agency's 18-month history are very low, and that creatives make up 76 percent of his team.

"We see more and more rising stars coming out of school or leaving agencies," said Chase. "They're saying 'I'm done with this pitching all the time, working all weekend—I want to build a career in a place that supports my ideas [where] I can actually have a life.'"