How to promote your brand at a music festival 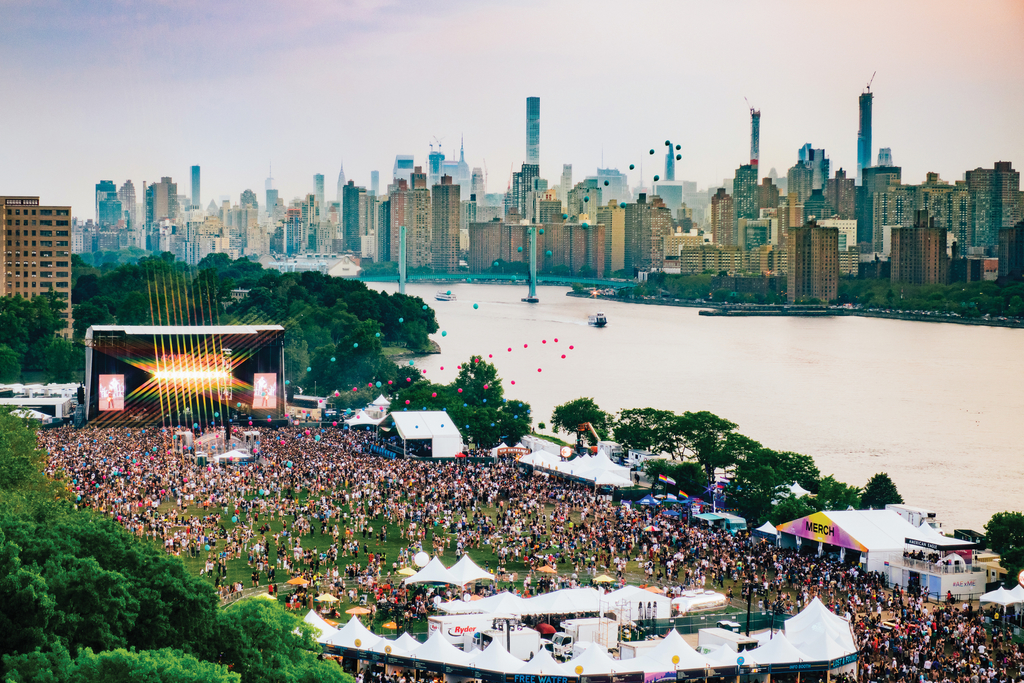 Multiday, multistage music festivals are still first and foremost about the performances. But savvy marketers know that offering fun, unique experiences at music festivals can make brands stick in consumers’ minds in ways that go beyond more traditional marketing approaches.

Brands spent an estimated $1.6 billion to sponsor music festivals, tours and venues in 2018, with festivals accounting for the biggest chunk of that spending, up from $1.3 billion in 2013, according to IEG. The average music festival now has more than 15 sponsors. CMA Fest, according to IEG’s tally, led the pack with 58 official sponsors last year.

“Almost any brand that is interested or has a reason to play in music can be successful in that music festival space,” says Brian Gordon, CEO of Engine Shop, an experiential agency that bought IEG in 2018.

Festival sponsorships can include everything from sponsoring a stage to securing pouring rights to quench the thirsts of thousands. Brands can set up areas where fans can meet their favorite stars—or at least be able to hear them a bit better from the comfort of a limited-access lounge.

“Brands that do it well, they insert themselves in a way that only elevates that experience,” says Karly Tuckness, sponsorship sales director at Austin-based C3 Present, which puts on festivals including Austin City Limits and Lollapalooza. “They provide those sort of FOMO moments that people can post on social media, the things that keep people talking after the weekend is done.”  Here are some considerations for brands:

Know before you go
Brands need to ask if their target audiences are at the festivals and if their marketing would lead to true fan engagement, says Alex Joffe, head of partnerships and media at Founders Entertainment, which organizes the Governors Ball Music Festival on New York’s Randall’s Island.

Every festival has a distinct culture and brands should become aware of them. Take Bonnaroo, for example. “There are brands that can be in that space. It’s a camping festival, that’s obviously unique, that enhances the experience of someone living on a farm for four days that wouldn’t necessarily work at Lollapalooza in the middle of Chicago,” says Tuckness.

Brands should also be aware that music fans will seek out sponsored areas that offer deeper access.

“They’re totally open to whether that’s being brought to them by a beer brand, which seems like it fits a little bit better, or an insurance company, which doesn’t inherently have any ties to the experience,” says Gordon, whose agency works with clients including Anheuser-Busch InBev and American Family Insurance.

How to stand out
At Governors Ball this year, Johnson & Johnson haircare brand OGX hosted what Joffe called “a beauty playground” in general admission and some VIP areas to have hair done by stylists. OGX, he says, thought about how it can enhance the experience for fans in a way that can drive affinity. Bacardi had spaces where fans could catch additional programming such as DJ pop-up sets and breakdancing shows that stretched the brand’s presence beyond the stage it was showcasing and the cocktails it was pouring. “Brands can’t solely rely on a logo slap or just a stage sponsorship or just guerrilla-style sampling efforts,” says Joffe.

During Austin City Limits, American Express erected a two-story air-conditioned house with amenities for cardholders up top; below it gave out flags that festival goers wave along with customized patches they can affix to them. “They tap into the culture of the city and the market,” says Tuckness.

The bottom line
The costs merely start with securing the sponsorship. “We don’t just want to take any partnership just because there’s a check behind it. We want to make sure that it is a brand fit and it’s going to be something the fan will appreciate,” says Tuckness. For example, although C3 works with marketers across various categories, it won’t work with any tobacco brands.

Expect spending in the six figures to be standard, with meaningful partnerships at top-tier festivals rising above $1 million. “Investing appropriately in that activation expense is important so you produce something that is well done and meaningful and gets you the ROI that you’re looking for,” says Tuckness.

The good news is that results are getting easier to measure. With festival wristbands that are RFID-chipped, sponsors can track how many people in their coveted demographics were exposed to their messages.