In attempts to grab hold of the consumers also called Generation Y, Pizza Hut doused its pies with sriracha, Whole Foods announced a lower-priced grocery chain and brands everywhere looked to YouTube stars and bloggers to give their products a youthful sheen.

Even as the cohort ages and evolves, marketers are still chasing the shadows of millennials' younger selves. Consider the plight of teen retailers such as Abercrombie & Fitch and Aéropostale, which are struggling to revamp their merchandising and marketing approaches to better attract audiences that have already largely outgrown them.

Plenty of advertisers, in fact, were caught off guard by the pace at which technology advanced culture. And as the cycle of culture continues to speed up with the next generation -- dubbed Generation Z, or sometimes "centennials" because they were born around the turn of the century -- smart marketers are looking ahead and making small, fast bets to avoid losing touch with the next crop of teens. They don't even have to look very far ahead, as it happens: With the oldest members of the group hitting 18 this year, Generation Z has already arrived.

Small bets
After seeing their parents and older siblings struggle through the recession, Generation Z is practical and value-conscious. They relish experiences and use the enormous amount of information at their disposal to unearth unique stories. Marketers have to think outside traditional tactics to get the cohort's attention. But once they have it, the generation can become excellent brand ambassadors, using social to spread the word.

Brands like Taco Bell, Target and DreamWorks Animation's AwesomenessTV are already testing the waters to see what Generation Z responds to. By looking ahead, and experimenting with apps, pop-up shops, immersive store experiences and other marketing efforts, these companies are becoming more responsive and adaptable to changes in the marketplace.

"It's this idea of taking on an experimental mentality," said Dan Gould, senior cultural strategist at Sparks & Honey, an agency that has researched Generation Z. "The easiest way to start is by making small bets."

A year ago, Taco Bell's insights teams began asking itself what it knew about the next generation, and how it differs from millennials.

That's led the fast-food chain to lean in to emerging platforms, including Periscope; build campaigns around cultural moments, such as "promposals"; and continue to embrace food mashups.

Recently, Taco Bell made its Periscope debut with a live "newscast," unveiling its latest breakfast concoction -- the biscuit taco -- and announcing a giveaway for every customer in America on Cinco de Mayo.

Advertising Age Player
Taco Bell: "Tweet us your photos of you with your free biscuit tacos, Instagram us and also Snapchat us."

"We're always in beta and trying things out," said Ms. Friebe. She said that approach resonates with the way young people, who were born into technology, experience things. "[Our consumers] are used to living in this world where people are constantly trying something, seeing if it works and making changes."

Taco Bell is also transporting consumers back to their childhood with inventions like Cap'n Crunch Delights, a doughnut hole inspired by the classic cereal, as well as ads like "Unboxing Kids," which features a brother-sister duo who went viral with their retro fist-pumping home video of unwrapping a Nintendo 64. "[Young people] have access to all of this information and technology, but it also can be overwhelming," said Ms. Friebe. "They are drawn to things like nostalgia."

Constantly looking
In some ways, Generation Z is a natural progression, mimicking younger millennials, according to Mr. Gould at Sparks & Honey. They're practical and value-conscious, having watched their millennial siblings struggle to find work and move out of their parents' homes. With more information than any generation before them, they do their homework to find the best quality at the right price. And once they find something they like, they're loyal and they like to share.

"They are experimental; they're innovative; they're risk takers; and they love to discover new things," said Jim Fielding, global head of consumer products and retail at AwesomenessTV, which caters to young people. "They're constantly on the lookout for something different, fresh and exciting. And they want to share it immediately. It's almost a treasure hunt for them."

Building on that idea, AwesomenessTV is growing its retail presence and experimenting with new, more flexible formats. Last October, it opened a pop-up shop in Los Angeles featuring merchandise from its robust collection of YouTube creators. It also partnered with the New York-based concept shop Story on a four-week installation with products inspired by six of its stars.

"This generation, they don't shop the way the generation did before them," said Mr. Fielding. "It's not about going to the mall. They're shopping digitally, remotely and physically. They're just constantly looking."

These new shopping habits are inciting retail innovation, including reimagined pop-up shops, concept shops like Story that focus on the customer experience and e-commerce models built for the smartphone generation.

A mobile startup called MikMak, for example, is updating infomercials for the iPhone generation. It taps comedians and other personalities to produce short commercials for shoppable products available through the mobile app. And retailers like Rent the Runway, which puts discovery before ownership, are growing rapidly. The dress-rental service grew from a modest e-commerce startup in 2009 to an estimated $500 million company with brick-and-mortar locations in New York, Washington, D.C., Las Vegas and Chicago. 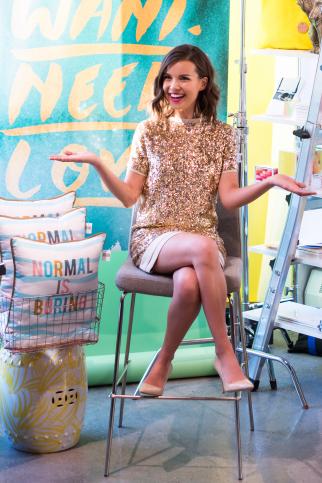 AwesomenessTV star Ingrid Nilsen at an event at Story's

"This is a generation that's less consumed with stuff, and stuff as status," said Rachel Shechtman, founder of the boutique Story. She offered this example: AwesomenessTV talent Ingrid Nilsen, popular among teens and 20-somethings, sported a dress from Rent the Runway during an event at Ms. Shechtman's shop earlier this year. "Maybe the future of consumption in certain product categories is one that's not centered around ownership but has another model associated to it," she said. Certainly, Rent the Runway, Zipcar and other rental models are just the tip of the iceberg.

Social-media marketing is dead
More than generations before them, who were clad in preppy attire or matching uniforms of rebellion, Generation Z seems to want to be unique.

"Standing out is the new fitting in," said Megan Hartman, head of Red Peak Branding's youth-oriented division, Red Peak Youth. "This generation really is about making your own mark and being an individual." Brands that help young people express themselves and turn over styles more quickly, like Forever 21 and H&M, are in the best position to reach this audience, she said.

Taco Bell latched onto that insight with this year's "Breakfast Defectors" campaign, designed to promote the brand's new breakfast menu by encouraging consumers to break from culinary conventions. Tropes of rebellion aren't new to marketing, but the pace of change is.

The sped-up cycle presents a challenge for legacy retailers who built businesses on longer lead times. Some brands, like Gap, are working to quicken their production cycles. New CEO Art Peck recently told Fast Company he's looking to shorten the cycle from 40 weeks to about 30 weeks. Others are using innovative merchandising to show their products in a new light.

"Maybe you can't reinvent the collection, but you can reinvent how you present it," said Mr. Gould. He cited Target as an example. The retailer has stepped up its game on social media, acting as a lifestyle curator and seeking to elevate everyday items by displaying them in creative ways. 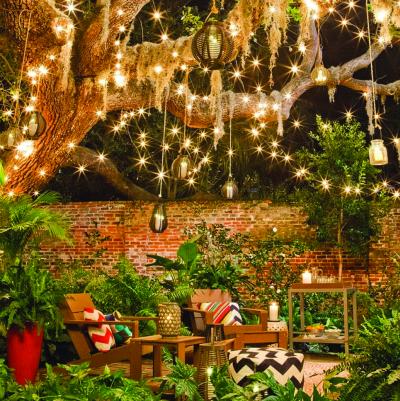 On Instagram, Target shares styled photos of a range of products. There is a lush garden patio lit with string lights and lanterns, a collection of color-inspired beauty products and a flannel ensemble with the hashtag #MCM (Man Crush Monday) that features a Swiss Army knife, Royal Pine car-freshener and a brown leather belt. And on Snapchat, it gives fans behind-the-scenes access to musicians like Imagine Dragons and Shawn Mendes.

Experience-driven campaigns are social currency for young consumers who grew up with the ability to share things instantly. "The concept of social-media marketing is dead for Generation Z," said Jeff Fromm, president of FutureCast and a marketing consultant focused on millennials. "Content marketing that's inspirational and engaging becomes a social transmission vehicle."

Unpredictable and moving fast
During a recent leadership meeting at Taco Bell, Ms. Friebe recalled, she was asked where she saw herself in five years. She considered where Generation Z was headed before she responded.

The cohort already earns $44 billion in allowance each year, according to a Sparks & Honey report. And as their purchasing power grows, more brands will be marketing to a future audience that's hard to predict. By experimenting and making small bets, marketers can respond more quickly to cultural shifts without overshooting and missing the mark.

"Five years is just too far ahead because of how quickly culture is changing and how fast this generation is moving," Ms. Friebe said.