When the Consumer Is a Player in the Ad Itself, He's More Likely to Help Spread the Message
READ THIS NEXT
The NFL and its 32 teams have 3,195 total sponsorships, worth more than $2 billion
Adam Ferrier
Carla Serrano

We once suggested to a client that the goal of advertising should be to get consumers to do something -- anything -- in response to the ad they have just seen. The marketing director said disparagingly, "We don't do direct-response TV."

He clearly was imagining an over-the-top pitch that would drive customers to buy right then and there. But making a purchase is just one action we want from a consumer. After seeing an ad, someone might type in a URL, pass the ad on, join a Facebook page, scan a QR code, send an SMS and so on.

In a digital environment, where you can give the consumer the option of participating in your message on his own terms, the traditional model of advertising from Madmen days -- Awareness, Interest, Desire, then Action -- is getting flipped on its head.

If you can motivate a viewer to become a participant, several psychological effects will kick in to make the message more powerful:

The shift will demand that clients, agencies and research companies release their "muscle memory" and change the way they develop strategies, create communication and evaluate results. It will require a combined understanding of human motivation and behavior, and of how to apply technology to ensure that what you are asking consumers to do is easy enough and possible.

The old marketing model is on the way out, but the road ahead can be circuitous and filled with pitfalls if you don't understand the why and the how.

ABOUT THE AUTHORS
Adam Ferrier is global head of behavioral sciences at Naked Communications. Carla Serrano is a partner at the agency. 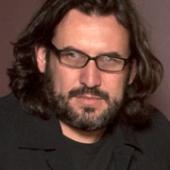 Adam Ferrier
View all articles by this author 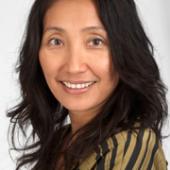 Carla Serrano
View all articles by this author

The NFL and its 32 teams have 3,195 total sponsorships, worth more than $2 billion