J.C. Penney Racing to Get Out Holiday Campaign

With New Shops and Top Marketer, Retailer Rushes to Make Up for Lost Time and Lure Back Customers
READ THIS NEXT
Consumer Reports tackles fake product reviews with new label program

It's crunch time at J.C. Penney -- the retailer is going into the holidays with a new lead marketer, a set of agencies selected only last week and a strategy radically different from last year's, even including a return to the retailer's classic logo. And with just 72 days until Christmas, the retailer is rushing to execute and finalize its all-important seasonal marketing campaign. Talk about holiday stress. 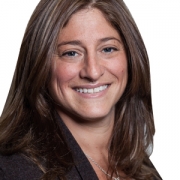 It's fallen to Debra Berman, lured from Kraft Foods in August, to revitalize the brand by making a concerted effort to return to its roots -- and its pre-Ron Johnson ethos. During his tenure, the ex-CEO (and former Apple exec) made drastic changes, such as dropping some house brands and scrapping promotions, causing J.C. Penney to lose touch with core customers.

The chain's decisions during that time were viewed by loyalists as dictatorial -- telling them what higher-end name brands they should want or insisting that their beloved sales were outmoded. "This brand is one that [does not judge its consumers] whatsoever, and the behavior the last 18 months was the antithesis of that," Ms. Berman said. "This customer is style-aware but not status-conscious, and our marketing needs to be charming and in sync with that. This brand performs when we have a little more fun, so marketing is going to be a little more fun."

While the company isn't prepared to release creative details (though a spokeswoman said last year's holiday endorser, Ellen DeGeneres, would not return in ads), Ms. Berman was clear this season will have a "robust promotional schedule." She also said there has been "no pressure on the marketing budget" despite recent headlines questioning the retailer's financial position. According to Kantar Media, J.C. Penney spent $106 million on measured media during the fourth quarter last year, down nearly 40% from 2011.

Since joining, it's been a whirlwind for Ms. Berman. "I needed 20 days to get my arms around the marketing strategy and to sync that against the demand to drive traffic," she said. Y&R, J.C. Penney's agency of only a few months, and Ms. Berman "jointly believed the plans weren't sufficient to build the relationship we want to with our customers," she said. "We needed to course-correct the plan."

That kicked off a dizzying three-week agency review that concluded with the selection of Doner (integrated marketing, including TV and radio), EVB and Victors & Spoils (social and grassroots marketing). The team is at work on the retailer's holiday campaign, which will kick off as planned, despite the compressed timeframe, Ms. Berman said. Typically retailers begin planning holiday campaigns early in the summer and creative is finalized in September and October. Some, like Kmart, have already started airing holiday advertising.

"The critical thing in a turnaround related to marketing is traffic," she said. "These agencies are acutely aware of that." She added: "There's no friction between "this is branding' and "this is promoting.' It's all about a broad tool kit that does both, because that's what the business challenge requires to restore faith and footsteps in J.C. Penney."