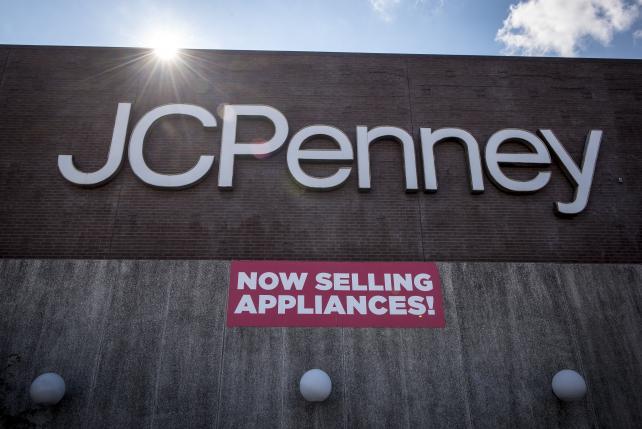 J.C. Penney Co., once again, is searching for a new CEO after Marvin Ellison was poached by home-improvement retailer Lowe's Cos. on Tuesday, a surprise exit that sent J.C. Penney's stock down to historic lows.

Whoever takes the job will need to do more than fix J.C. Penney's clothing offerings. Ellison, who became CEO in 2015, tried many initiatives to revive the department-store chain, including improving the online experience, adding big-ticket items like appliances and signing brand partnerships with celebrities. The moves failed to dramatically improve results, and, like his predecessors, Ellison had to slash prices to clear out inventory.

Ellison had also been reducing marketing expenses in recent months.

"J.C. Penney doesn't stand for anything but discounting," says Gabriella Santaniello, founder of retail consultancy A Line Partners. "There's no identity attached to any of these brands."

On Tuesday, shares of the Plano, Texas-based retailer dropped to $2.35, their lowest since at least 1980, when Bloomberg started tracking the data. At just under $740 million, J.C. Penney's market capitalization is worth less than a quarter of the value of its inventory.

Ellison's departure took investors by surprise. Chuck Grom, an analyst for Gordon Haskett, said in a note that it was "pretty evident" that J.C. Penney was unaware of Ellison's plans as of late last week, when the company reported earnings and the CEO was active in discussing long-term strategy.

In a video message to J.C. Penney employees posted on the company's website, Ellison said the decision to leave was "gut-wrenching," but it was time to let the board bring in a new leader "with fresh ideas."

"The one thing I did not do as chairman and CEO was grow the stock price and generate wealth for you and your associates and the shareholders," Ellison said. "This is the number one responsibility of a CEO and something that I did not deliver on."

On such a short notice, there's no obvious outside candidate to replace Ellison, who joined J.C. Penney in 2014 after 12 years in leadership roles at Home Depot. Before Ellison, the company had to call on former CEO Mike Ullman to return after dramatic transformation efforts during the short tenure of former Apple executive Ron Johnson left the chain in tatters.

The best internal candidate for the top job may be Chief Customer Officer Joe McFarland, according to Burt Flickinger, managing director of Strategic Resource Group, a retail-advisory firm. McFarland joined J.C. Penney in 2016 to head up its stores, and, like Ellison, has a career in home improvement: He previously was president of the Home Depot's northern division.

McFarland's work on J.C. Penney's stores paved the way for the expansion of the chain's partnership with Sephora and the successful refresh of its salons. He also has the confidence of vendors and investors, Flickinger said.

Other retail experts say J.C. Penney needs a strong merchandiser from outside the company.

J.C. Penney declined to comment on the CEO search. The board, which will meet this week ahead of Friday's annual shareholder meeting, believes it is "prudent to conduct a full search of candidates that may include both internal and external candidates," spokeswoman Daphne Avila said by email. The retailer was "recently" notified of Ellison's decision to take the Lowe's job.

The new leader should be someone who is comfortable with technology and able to harness J.C. Penney's data as well as tap into the department-store's 116-year heritage to build authenticity with customers, says Bob Phibbs, CEO of retail consulting firm the Retail Doctor. The company has yet to articulate a strategy to lure customers back to the chain, he says.

"They need a sustained message of positive news," Phibbs says. "They have a small margin for error; I'm sure there are sharks in the water."

Competitors like Macy's highlighted improvements in their women's clothing businesses, while others like Kohl's and Target announced new apparel partnerships to draw in different shoppers. J.C. Penney has failed to capitalize on a rebound in clothing, said Santaniello of A Line Partners.

"It's unfortunate that we're in such an apparel cycle now and they're just missing it," Santaniello says. "What are they going to do now, scramble to get into the apparel cycle? And then it's going to be handbags. It's a hard thing to do."