Vanessa Holden had been CMO of J. Crew for just 16 months and recently debuted the 'New Crew' marketing campaign 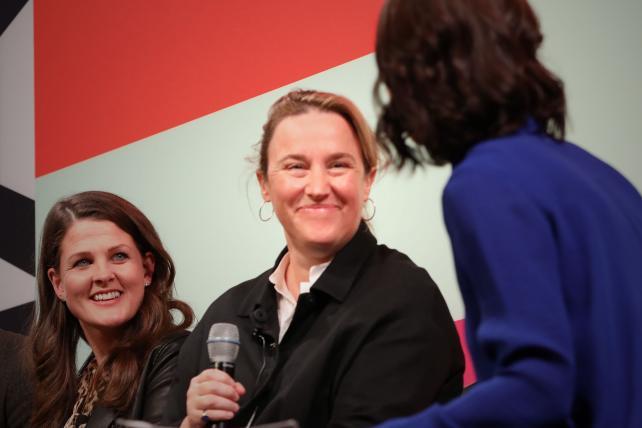 Struggling J. Crew had been hoping for a revival this holiday season. But now the retailer is dealing with a host of empty leadership positions, including both chief executive and chief marketing officers.

Also on Saturday, J. Crew announced the departure of Chief Executive Jim Brett, effective immediately. A veteran merchant well-respected in the industry, Brett had been president of home furnishings chain West Elm before he was tapped to lead 71-year-old J. Crew last year. A press release noted that his exit was a mutual decision reached by Brett and the Board of Directors.

A spokeswoman noted that the two exits are unrelated and that Holden resigned in advance of Brett's announcement. News of Holden's departure was first mentioned by Business of Fashion in a report detailing Brett's exit.

Holden also worked at West Elm as senior VP and creative director; after that, she was with agency Sub Rosa before joining J. Crew in July of 2017.

"It's an uncommon opportunity to take an iconic brand and enduring legacy and make it bigger, brighter and more inclusive," Holden told Ad Age in an email. "I'm thankful for the incredible opportunity to work with the talented team at J.Crew, and am so proud of the work we created together, and the new conversations we were able to begin #meetmycrew #jcrewalways."

After years of declines, J. Crew has been focused in recent months on regaining favor with consumers who have tired of its high prices and style inconsistency. The brand's marketing has made an effort to advertise such changes.

In September, the brand debuted a digital campaign, "New Crew," to support a brand relaunch featuring more diversity in both the sizes of its clothes and the models in its advertising. At the time, Holden explained that J. Crew wanted to communicate to shoppers who have drifted away in recent years that the retailer is for everyone, including the non-models featured in the campaign. Last week, the marketer spoke at Ad Age's Next conference about how the brand is navigating the retail landscape by being more welcoming to all shoppers.

"We're creating products for everybody," she said, noting the brand is moving beyond its "preppy core" and focusing on inclusivity and diversity.

However, some analysts are concerned about the recent change in leadership.

"The departure of Jim Brett is worrying as it leaves J Crew leaderless at a time when it desperately needs a focused effort to rebuild sales and reconnect with consumers," wrote Neil Saunders, managing director at GlobalData Retail, in a recent research report. He noted that the brand had started to recover as a result of more competitive price points and initiatives like introducing plus sizes. "However, the brand is nowhere near back to full strength, and the sales results, while going in the right direction, are still fairly soft."

A spokeswoman did not say what plans are underway for Holden's replacement.