Things are going from bad to worse at JC Penney. 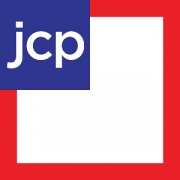 Back in early 2012, Mr. Johnson didn't mince words in declaring his former boss, Steve Jobs, would have called the level of promotions employed by JC Penney "insanity."

"At some point you, as a brand, just look desperate," Mr. Johnson said at the time.

As the pricing changes roll out, JC Penney is also contending with several holes in the marketing department. Lisa DeStefano-Orebaugh, JC Penney VP-strategic marketing, has departed to become VP-marketing and brand management at Home Depot. Greg Clark left as senior VP-creative marketing in October. He was named chief marketer at Jones Group, which markets brands like Nine West and Anne Klein, last week. And Michael Francis departed as JCPenney's merchandise and marketing chief in June and is now chief global brand officer at DreamWorks Animation.

To fill those holes, CEO Ron Johnson has brought onboard Sergio Zyman, the polarizing former chief marketer at Coca-Cola, as an adviser. Mr. Johnson said he sought Mr. Zyman's help last year and that the executive "has a unique ability to understand customers and to develop strategies that will succeed on rapid-fire test and response."

Mr. Johnson has acknowledged that marketing missteps such as sending customers less mail and failing to communicate the new everyday-low-pricing strategy contributed to the company's plunging sales. The upbeat, colorful marketing that rolled out in the first year of Mr. Johnson's tenure made people rethink JC Penney and was entertaining.

But Mr. Johnson conceded JC Penney didn't reach the core customer and didn't build the business. He also believes the brand was spending too much money on TV and not enough on print.

"Our marketing didn't connect very well with our customers last year," Mr. Johnson said on a conference call with analysts earlier this year.

With contributions from Bloomberg News