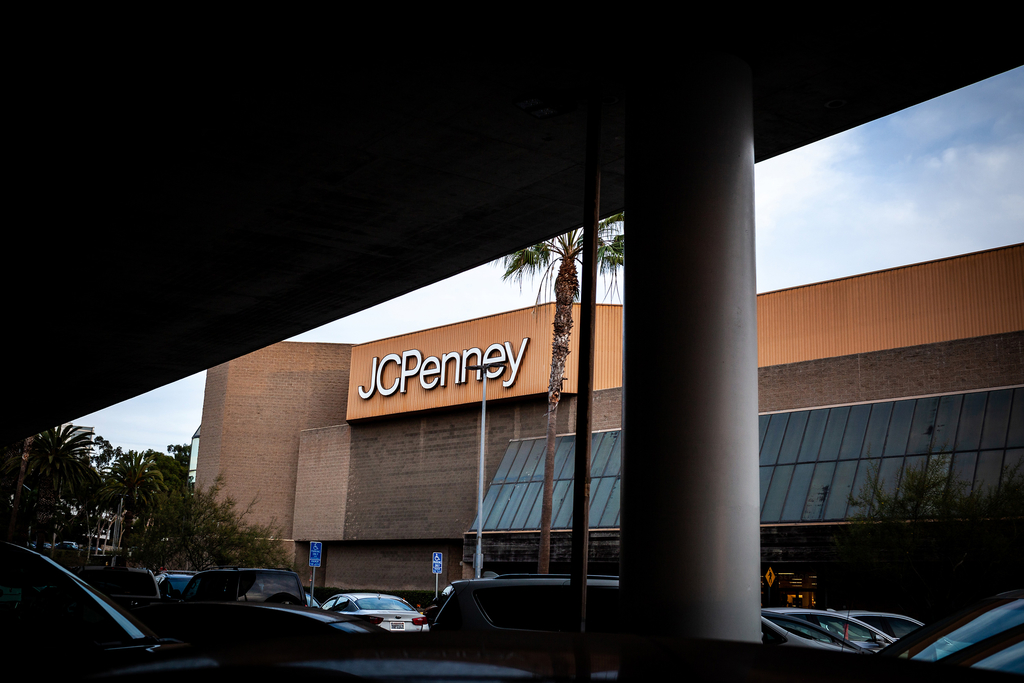 Vehicles sit parked outside of a J.C. Penney store at the Westfield Mall in Culver City, California.

J.C. Penney Co. shares surged on Thursday despite reporting a challenging second quarter, with its new chief optimistic the planned turnaround is starting to take hold. “We are not simply running a business—we are rebuilding a business,” Chief Executive Officer Jill Soltau said. The stock jumped as much as 13 percent to 64 cents in New York.

Same-store sales, a closely watched metric in retail, fell 9 percent in the latest quarter. That’s worse than analysts’ expectations for a drop of 5.3 percent, according to Consensus Metrix. It would have been a 6 percent drop excluding the impact of its decision earlier this year to stop selling some furniture and appliances in stores, it said.

Key insights
The company, long lamenting its over-supply of product, trimmed its inventory by 12.5 percent in the quarter, it said. It also reduced its markdowns, which had been hurting sales. “While we still have work to do on our topline, I strongly believe that growing sales in an unprofitable way is simply not an option,” said Soltau. The company expects liquidity to be at least $1.5 billion for the remainder of the year, it said.

“She’s following her plan,” according to Poonam Goyal, a Bloomberg Intelligence analyst. “This all sounds great, but with the environment that we’re in today, is the customer still preferring to shop at a big department store? How is she going to drive traffic? At some point, topline is going to become an issue.”

It’s trying some new tactics to re-ignite growth. J.C. Penney is wading into the resale market, announcing a tie-up with thredUP, an online consignment store. This comes a day after Macy’s Inc. announced a partnership with the same company.

But it could get tougher from here: J.C. Penney is among the retailers exposed to the U.S.-China trade war as the critical holiday season approaches. The retailer in June sent a letter to the Office of the U.S. Trade Representative explaining how its core customers—middle-class working women—would bear the brunt of the proposed tariffs. Still, it said on a conference call that its sourcing in China is already lower than apparel industry averages.

Ad Age will take a closer look at the changing face of retail at Ad Age Next: d-to-c, a conference on Sept. 9. Buy your tickets.