Grand Wagoneer will be the first SUV with a front-passenger infotainment screen
READ THIS NEXT
The Week Ahead: Delta reports earnings and ANA hosts data and analytics conference 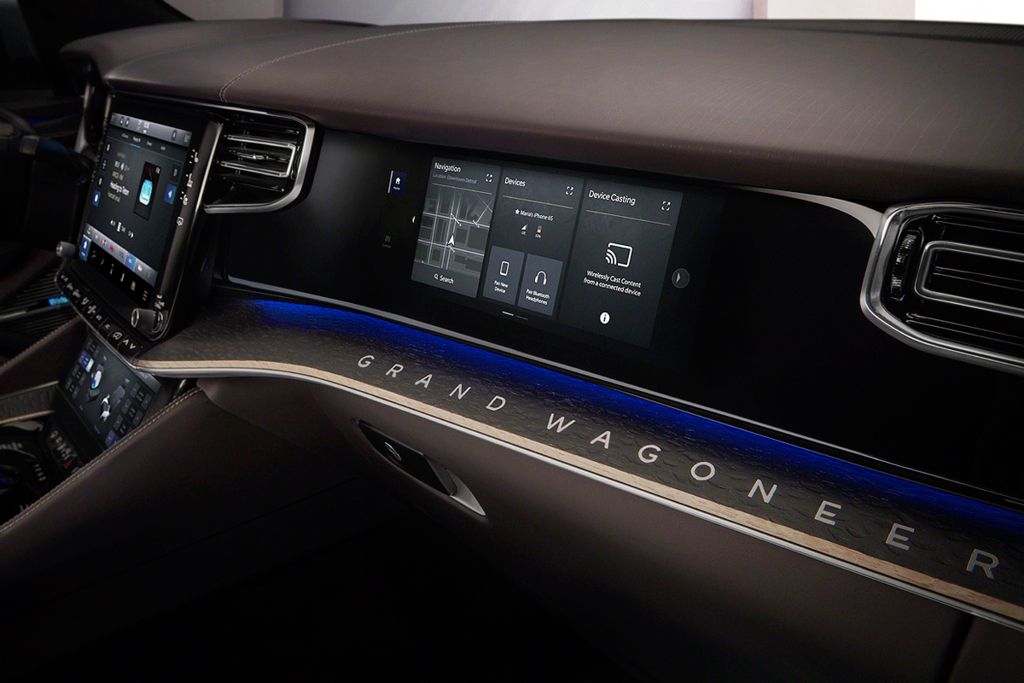 The Jeep Wagoneer and Grand Wagoneer will be integrated with Amazon Fire TV for Auto, which will give users access to shows, movies, apps, vehicle features and the Alexa personal assistant.

The utility vehicles, tasked with pushing Jeep upstream, will be technological showcases for the adventure brand and function as rolling entrainment hubs with the inclusion of Fire TV for Auto, the Stellantis brand said Thursday.

The upcoming Grand Wagoneer will be the first SUV with a front-passenger infotainment screen. The 10.25-inch screen, which is shielded from the driver by a privacy film on the glass, allows a passenger to watch movies in addition to sending destinations to the driver. It's unclear whether the Wagoneer will offer a screen for the front passenger.

Stellantis says Fire TV for Auto will communicate directly with the new Uconnect 5 infotainment system. The automaker says the content will sync with an existing Amazon account like other Fire TV devices.

Users, for example, will be able to pause a show in their homes and continue watching when they get into their vehicles.

When the vehicle is in Park, Stellantis said the driver can view Fire TV on the main Uconnect 5 screen in the center console.

"The all-new 2022 model year Wagoneer and Grand Wagoneer are designed and engineered to set a new standard for American premium in the large-SUV segment," Christian Meunier, Jeep's global boss, said in a statement. "Launching Fire TV for Auto as an industry-first technology to the Wagoneer lineup illustrates one of the many ways we intend to deliver class-leading technology and connectivity to our customers."

The Wagoneer debuted in the 1960s as the first 4x4 model with an automatic transmission and independent suspension. The Grand Wagoneer emerged in 1984 as a premium SUV with standard features such as leather upholstery, air conditioning, AM/FM/CB stereo radios and wood-grain exterior trim.