Johnson & Johnson Is Pivoting, Quickly, to Digital Marketing in China

Long Cautious, the Company's Consumer Division Is Experimenting More
READ THIS NEXT
Introducing Women to Watch Argentina's class of 2020

Johnson & Johnson is one of the most established foreign brands in China, where it's known as Qiang Sheng -- a rough phonetic equivalent of the original brand name, with characters meaning "strong" and "life." It set up its first joint venture back in 1985, during the country's TV advertising boom. More recently, amid China's online marketing boom, the company approached the digital realm with caution. 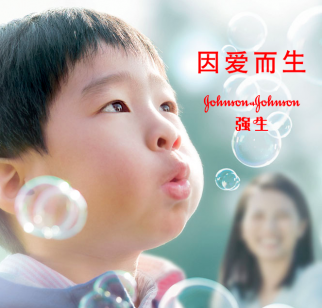 "We have to be faster and speed up our process to fit the changes," said Christina Lu, VP-marketing for Johnson & Johnson's consumer personal care division in China. "Everything needs a longer process to approval, whereas digital requires a very different rhythm, and a very risk-taking and 'failing-forward' type of mentality."

Ms. Lu, an employee with the company since 2008, took her new role in January. Before and since, she's been guiding the division to a more digital and experimental approach. In 2013, 15% of its ad spend was digital; this year it will be over 40%, she said. (That's ahead of China's general internet ad spending share, which GroupM estimates at 37.5% this year.) 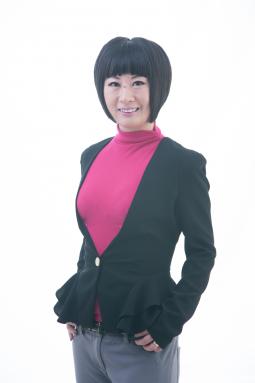 For her role in helping J&J refresh and digitalize its marketing for China, Ms. Lu has been named one of Ad Age's 2015 Women to Watch China.

Here's a look at a few digital experiments J&J has tried in its consumer brand division, which includes Johnson's Baby, Neutrogena, Listerine and a historic Chinese skincare brand called Dabao.

Look backward to move forward: One opportunity for digital storytelling actually comes from the company's history. Dating back 10 years, J&J has had a philanthropic effort in 100 Chinese cities in over 20 provinces to train doctors and nurses in resuscitation of newborns. The company estimates that the training courses have helped save more than 90,000 babies over a decade. But the brand hasn't communicated about it to the public, and Ms. Lu said even many local employees weren't aware of the program.

"I thought, it's such a pity," she said. "Because if we're able to really let people know what we've done, it's not only about Johnson & Johnson's branding or how it benefits our business for our baby brands, but it actually really raises more awareness" about newborn breathing issues.

The company is at work on a storytelling campaign, with a strong digital aspect, focusing on real stories of babies who benefitted from the program. Another similar campaign focuses on a longstanding hospital effort the company has to teach parents doctor-approved techniques for baby's first baths. That effort has reached over 2 million newborns annually over 20 years.

Building on product placement: Media agency OMD approached J&J with an opportunity to place one of its products in a movie version of a smash hit local TV show called "Where Are We Going, Dad?" The reality show sent celebrity dads and their kids off into rural areas to rough it. This kind of entertainment-related possibility was uncharted territory for J&J.

"The ask was really urgent -- they basically said, 'we need an answer within 72 hours,'" recalled Ms. Lu, who was working in the baby franchise at that point. "The script was already there, the camera was rolling, they were making the movie."

Without hard data to suggest whether it was a good idea, Ms. Lu asked the team what their intuition was, and they decided to go for it. In the 2014 movie, Johnson's Baby Milk Bath wound up in a scene of a child lovingly washing his dad's feet after a rough day.

But shelling out for a big-budget product placement alone wasn't enough: Ms. Lu instructed the team to think about the kind of personal family moments the scene represented and build a 360-integrated campaign around them, including digital, social and in-store activations.

Captive audience: In China, pregnant women have to visit a hospital 12 times from conception to the birth of their baby. The brand had research showing that for each visit, women had to wait at the hospital two to three hours on average before seeing a doctor. So the company is rolling out free Wi-Fi coverage for them in waiting rooms, with an online pop-up guiding them to an information page through interactive gaming. The campaign is also designed to build the brand's fan base on WeChat, the all-purpose app, and lead people to the brand's ecommerce page on Tmall, the Alibaba marketplace, while they're a captive audience.

"E-commerce is becoming a strategic imperative to winning baby," said Ms. Lu, who estimates that 15% of baby skincare sales are now through e-commerce in China. "There's phenomenal growth."

One rule Ms. Lu has set out for her team is to banish the idea of a TV commercial as a starting point for a campaign. It's not about budgets. "If you don't think you have a powerful idea that can be activated without a TVC, you're not there yet," she said. Later on, of course, a TV spot can be added back into the mix, if it's right for the campaign.

Ever lived abroad: Yes, for a posting in Skillman, N.J., with Johnson & Johnson

Best advice I ever received: Longtime Kraft marketer Alistair Geddes told her early in her career to always approach decisions as if she was the managing director or the marketing director. "Even if you're really junior, think as though you're the decision-maker."

If I could do it all over again, "I'd have kids a lot earlier, so I'd have more energy for him or her. My husband and I have been married 14 years and we just had our daughter, Emma."

Do you know someone worthy of an Ad Age Women to Watch Europe award?