READ THIS NEXT
Lexus wins big with sponsorship of Masters winner Matsuyama
A Google search for 'why do protein bars...'
Credit:

Protein bars aren't always the tasty treats brands tout, at least based on some of the harsh reviews people post online. Even a simple search like "why do protein bars..." on Google yields plenty of disturbing phrases, such as, "make me gassy."

Rather than ignoring the unwelcome chatter as it enters the category with four protein bars (which Kind Snacks added to its line of snack bars in December), the brand is using it to take digs at its rivals in a video, being released Wednesday, that highlights some of the mean comments made about competitors' products. 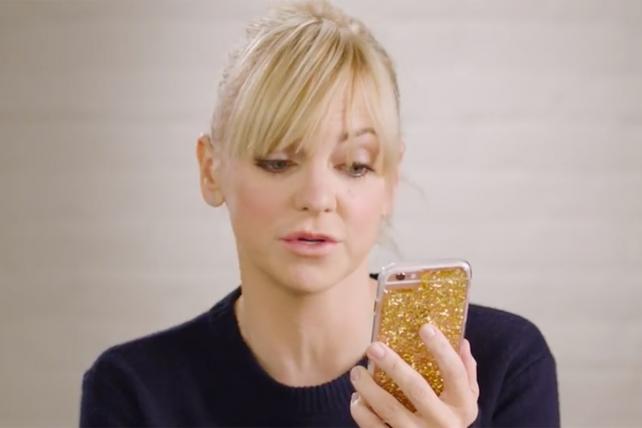 The video, produced and directed by Funny or Die, stars actor Anna Faris comically reading and reacting to reviews Kind says it pulled from actual customer comments about other brands' bars.

Lines include, "These taste like garbage and resentment. My roommate just asked, 'did someone just s*** in my mouth?'" Another review she reads refers to an unnamed bar as "hyena crap."

"Some of those reviews were just too good to leave alone, they were just hysterical," says Drew Nannis, Kind's VP of integrated communications. "There's certainly an element of humor there that we haven't explored in the past." He adds that "this may be the first time we've had somebody openly swear in a video we're pushing out."

It's an edgier take from Kind, but the overall idea doesn't stray too far from other campaigns. Kind, which got a minority investment from Mars in late 2017, likes to position itself as a challenger to established brands, and often calls out competitors when announcing its own products. Last year, it dumped a giant display of mock sugar in Times Square to promote that its fruit snacks contain no added sugar but that some competing brands do.

Now, Kind is focusing on what it describes as the often chalky, synthetic tastes of bars with primary ingredients such as protein blends. Kind plans to send the first 10,000 people who sign up online one of four competing bars of their choosing—Quest Peanut Butter Supreme, ThinkThin Lemon Delight, Clif Builder's Cookies 'N Cream or Power Crunch Red Velvet—plus a Kind Protein bar to do their own taste tests.

There have also been more traditional in-person events. Earlier this month, 99 percent of taste-test participants in Miami and 93 percent of those sampling the products in Orange County, California chose the Kind Protein bar over a competing product, Nannis claims. 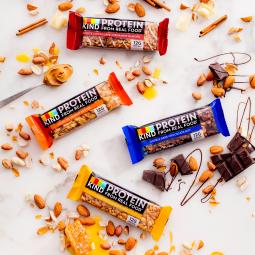 Still, when it comes to protein bars, what interests some consumers most is the amount of protein they each contain. Kind's bars each have 12 grams of protein and 250 calories. Three of the four bars it's pitting itself against contain 20 grams of protein (the other, Power Crunch, has 13 grams). Calorie counts are largely similar.

Clif Bar is the leader in the U.S. energy bars category (energy and snack bars are typically lower in protein than those in the sports protein bars category) with a 31.5 percent market share and sales of about $826.4 million in 2017. Quest follows in second place with a 17.4 percent share and General Mills' Nature Valley holds third place with a 6.1 percent share, according to Euromonitor International.

Kind's push is primarily digital for now, with plans for a TV campaign beginning in May.