Gap Alum Steers 224-year-old Brand Toward Bloggers, Instagram and a Food Truck
READ THIS NEXT
Beyond Meat and PepsiCo team up to develop plant-based snacks and drinks

Joy Wilson is a thirtysomething food blogger known as Joy the Baker. She hosts a podcast and has an original web series called "Bonkers Awesome." Naturally, that makes her an ideal marketing partner for a 224-year-old flour brand whose primary user is female and fiftyish. 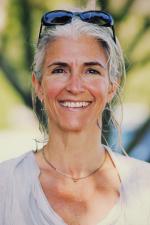 King Arthur Flour Co. is a premium baking-ingredient company well known in professional baking circles and among serious home cooks. But its brand recognition drops precipitously outside the industry and beyond the company's Northeast regional footprint. Now, under its first Chief Marketing Officer, Karen Colberg, King Arthur is using dedicated marketing to grow its sales and reputation among younger audiences, bringing the brand to them with food trucks this summer and allying with people like Ms. Wilson who are digitally savvy and well-connected to millennials.

Ms. Colberg is also one of four execs who will take over leadership of the employee-owned company when CEO Steve Voigt departs at the end of this month.

Though King Arthur's revenue has grown quickly over the past few years -- from $93 million in 2011 to $100 million in 2012 to $110 million last year -- its focus has mainly been on building national distribution; 75% of its sales come from retail and the remainder are direct-to-consumer via a catalog and digital storefront. At retail, King Arthur was the third-best selling flour in the $700 million category for the 52 weeks ended May 18, according to IRI, with a 9.5% market share. Gold Medal, which leads the category, has a 26% share, while private label accounts for 24%.

King Arthur has cultivated a loyal following on Instagram.

To narrow the gap, King Arthur is stepping up marketing with bloggers and community outreach under the platform Baking for Good. The goal is to raise its profile among young people on their own for the first time, as well as growing families who are just beginning to bake.

"We're at a turning point where we've got really great distribution and now we need to continue to invest in the marketing side and those initiatives to leverage [that]," said Ms. Colberg, a former Gap merchandising executive who worked under superstar CEO Mickey Drexler. "My mission for this year is driving awareness and product trial," she added.

To that end, Ms. Wilson who has been teaching classes at King Arthur's baking education center in Norwich, Vermont, recently began a "Baking Bootcamp" series at joythebaker.com using four of King Arthur's core flours. The first challenge, issued over Memorial Day weekend, garnered hundreds of bakers who accepted her call to make berry cinnamon swirl bread, resulting in more than 500 hashtagged (#bakingbootcamp) images posted on Instagram. The series will continue through January.

King Arthur is "really active on Instagram and Facebook, and you get great feedback if you text or mention them. They also have a baker's hotline that you can call with any baking question, and they'll talk you through it," said Ms. Wilson. The company is also rebranding its Bake for Good Kids program and adding initiatives under the same platform. Building on its 10-year-old program in which King Arthur bakers teach middle schoolers how to bake (each child goes home with two 2-pound bags of flour and is encouraged to make baked goods and donate them locally), it also launched a Bake for Good cities tour in April, sending its bakers to three cities to bake and cook with food bloggers, culminating in a "pay it forward" dinner at a local homeless shelter or soup kitchen.

Another new Bake for Good tour begins this summer with the launch of King Arthur's first food truck, which will travel to various cities demonstrating baking techniques and recipes, as well as giving samples. "Hopefully as people learn about who we are under this new concept of Bake for Good, they'll say, 'Oh yeah, that's that little company King Arthur Flour. I like what they're about, I like what they're doing,'" said Ms. Colberg.

King Arthur is also evolving its products for a wider baking audience. While its five core flours make up an estimated three-fourths of sales, the current stars in its product line are gluten-free. "Yes, flour is a commodity," said Ms. Colberg, but "it's everything that's going on around that bag of flour that sets us apart as a brand."