Kohl's teams up with WW on healthy lifestyle initiative 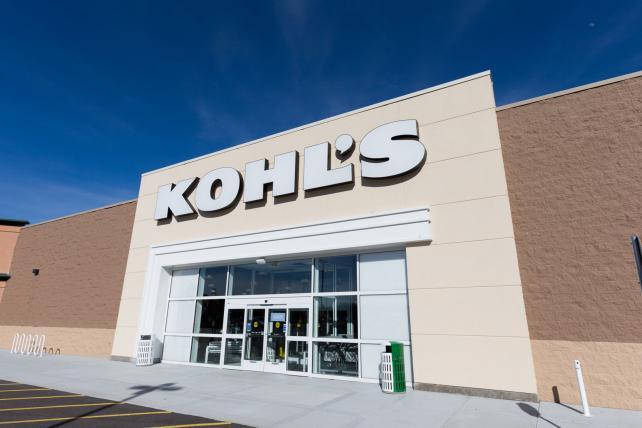 Kohl's is doubling down on its wellness offerings—with two double-u's.

The Menomonee Falls, Wisconsin-based retailer announced Tuesday that it is teaming up with WW, the company formerly known as Weight Watchers, on a new pilot series. The collaboration will include WW-branded kitchenware and cookware in select stores and online, beginning in June. Kohl's will also open a community space, called WW Studio, at one of its Chicago outposts. The spot will be used for workshops for WW members and serve as an event space for customers as well.

"We want to encourage families to lead healthy and fulfilled lives, and a strategic partnership with WW provides the opportunity to further advocate for the health and wellbeing of Kohl's customers and our associates," she said in a statement. The active and wellness category is a fast-growing source of revenue for the brand--in 2017, Kohl's said the division made up more than 15 percent of its total business.

A Kohl's spokeswoman declined to comment on any of the marketing around the new partnership.

In recent years, Kohl's has made a name for itself in the retail industry by testing new channels. In 2017, the department store chain partnered with Amazon on a program that allows consumers to return products from the Seattle ecommerce giant in Kohl's stores. Kohl's has also diversified its product mix by expanding to include Under Armour and by introducing a millennial-focused collection from women's lifestyle site PopSugar last fall. The retailer is also testing a host of initiatives to bridge the digital and brick-and-mortar divide, such as locker pickups for online shoppers and self-checkouts.

Such efforts are paying off. For the crucial holiday sales period, Kohl's reported a same-store sales increase of 1.2 percent—the metric, a common barometer of a retailer's health, compares stores open more than a year.

Neil Saunders, managing director at GlobalData Retail, wrote in a recent research note that Kohl's holiday sales gains were admirable, particularly compared with strong gains in the 2017 season. He also praised Kohl's omnichannel advances, such as a robust "buy online, pick up in stores" program.

"While we believe that investment in omnichannel and the growth of digital may have impacted margins, Kohl's has more than made up for this with lower discounting and efficiencies elsewhere," wrote Saunders.

In September, Weight Watchers changed its name to WW in order to be less about dieting and more about wellness, and introduced a new tagline, "Wellness that works." WW is also led by Mindy Grossman, a retail veteran who was formerly CEO of HSN.