Get Ready for the Latest Craft Brew, and Your New Breakfast of Champions: Wheaties Beer | Ad Age
Skip to main content
Sign In Register

Get Ready for the Latest Craft Brew, and Your New Breakfast of Champions: Wheaties Beer 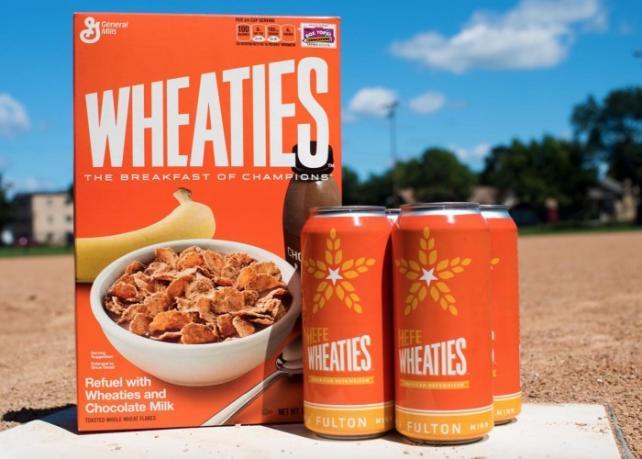 The Breakfast of Champions is getting its buzz on.

Wheaties, usually known for its marketing around sports stars, has partnered with a craft brewer to sell a beer called HefeWheaties.

The beer will be made by the Fulton brewery in Minneapolis and sold in Minnesota's Twin Cities market for a limited time, according to Wheaties-owner General Mills, which is also based in Minneapolis.

"We were intrigued from the get-go on this idea for many reasons, including that we're both Minneapolis companies, and that the beer and the cereal both started from the same place in terms of raw ingredients and the same city," Ryan Petz, president and co-founder of Fulton said in a corporate blog post by General Mills.

Wheaties is not in the beer, but the beer is a Hefeweizen, a style "typically brewed with over 50 percent malted wheat, making it a natural fit for Wheaties," according to General Mills.

Ingredients include malted wheat, malted barley and hops from Germany, the U.S. and Australia.

The idea came from Tony Libera, who manages the social media accounts for Wheaties and has a friend at Fulton, according to General Mills. "This was a true partnership between Wheaties and Fulton," said David Oehler, marketing manager for Wheaties. "Both teams were passionate about this project and got to work quickly."