Law Would Put Three-Year Moratorium on Ads for New Drugs
READ THIS NEXT
Chipotle cosmetics are back, and Elmo cleans up for SC Johnson: Trending

A Connecticut lawmaker is trying to put curbs on direct-to-consumer advertising by pharmaceutical companies -- a practice that's also come under fire on the presidential campaign trail and from the American Medical Association. 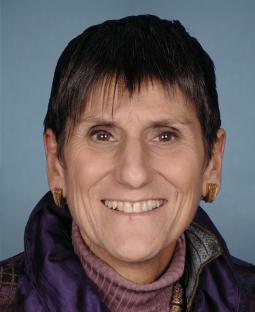 "At the end of the day, we should allow informed medical professionals, not advertising executives, to guide our healthcare spending," said Rep. Rosa DeLauro, D-Conn.

Her "Responsibility in Drug Advertising Act," would impose a three-year moratorium on the advertising of newly approved prescription drugs directly to consumers.

The legislation would also prohibit ads from running after the three-year moratorium if the Department of Health and Human Services determined a new drug had "significant" side effects.

The bill has powerful opponents.

"What [Ms. DeLauro] is saying is that if you come up with a drug that is lifesaving, you could not tell people about it for two or three years," said Dan Jaffe, the top lobbyist for the Association of National Advertisers. "Cutting people off from truthful, valuable and lifesaving information is not only deceptive but unconstitutional."

Mr. Jaffe also said the proposed ban "would paternalistically roll the clock back decades to the days when only doctors could be 'trusted' to receive information about important health issues."

The nation's pharmaceutical companies are also pushing back against the proposed ban.

Before the mid-1980s, drug companies marketed their products only to doctors or pharmacists, who would relay information to their patients when needed. That changed after the Food and Drug administration approved direct-to-consumer advertising. Only the United States and New Zealand allow these types of commercials.

Despite the debate over this type of advertising, the Food and Drug Administration can't say whether it poses more harm than good.

Citing agency surveys, the FDA says "when it comes to advertising prescription drugs on radio and television and in magazines, doctors say that, for the most part, the ads have both positive and negative effects on their patients and practices."

Ms. DeLauro faces significant challenges in winning approval of her bill because she is a Democrat in a Congress controlled by Republicans. There is no direct-to-consumer advertising bill in the Senate.

Yet the Responsibility in Drug Advertising Act adds to the drumbeat of opposition to these types of pitches.

In its annual meeting in Atlanta last year, the American Medical Association backed a total ban on direct-to-consumer advertising and asked Congress to outlaw the practice.

And Democratic presidential hopeful Hillary Clinton has said she would strip pharmaceutical companies of their ability to deduct their direct-to-consumer advertising costs.

Like Ms. DeLauro, former Secretary of State Clinton says her proposal would rein in unnecessary drug spending because there would be fewer ads prompting patients to press their doctors to prescribe a miracle cure they learned about on TV or from a print or radio ad.