More Than an Extra Calendar Day, Leap Day Is a Rare Marketing Opportunity

Brands Such as McDonald's and Zappos Will Be Running Feb. 29 Campaigns
READ THIS NEXT
A regularly updated list tracking marketers’ response to coronavirus 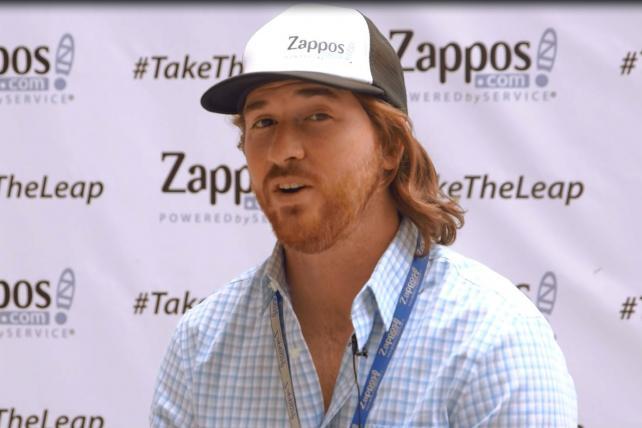 Zappos is giving its employees a day off on Feb. 29.
Credit: Zappos

It comes only once every four years, so marketers are trying to wring as many promotional drops as possible out of Leap Day. Some are turning to Feb. 29-specific coupons and discounts, while companies such as McDonald's and Zappos are going further. Those marketers are hoping to make a Leap Day splash that's bigger than just an extra calendar day.

On Monday, McDonald's will reward 24 customers, from 20 markets across the country, who work non-traditional schedules and are known to make a difference in their communities. Among them: Richard "Dic" Donohue Jr., a transit police officer who was severely wounded in an April 2013 shootout with the Boston Marathon bombers. He is getting Red Sox tickets and a donation to the American Red Cross.

There's also a chance for branding. Angela Brindley, a 96-year-old Egg McMuffin fan, is getting the breakfast sandwich delivered by Ronald McDonald, along with $500 to cover her medical expenses.

The plan is for each moment to be shared via local Twitter feeds, with McDonald's sharing one story per hour via its main feed on Feb. 29. Some of the surprise rewards will be handed out on Leap Day, while others have already occurred. Ginger Owens, a preschool teacher from Panama City, Fla., was given gifts such as the opportunity to swim with dolphins and a spa day.

The McDonald's work was done by the company, its longtime public relations agency Golin and other agencies that work with the chain in local markets.

Ecommerce giant Zappos will reward its 1,600 employees. In a move reminiscent of REI's Black Friday closure last fall, the Las Vegas-based retailer is giving all staffers—even those working at its call center—a paid day off. In an effort that uses the hashtag #TakeTheLeap, the brand is urging workers to do something special.

"We hope it inspires more people to join the movement and make the most of a day that only comes around once every four years," said Tyler Williams, a member of Zappos' Brand Aura team.

Zappos, working with Boston-based MullenLowe to spread the word, created a Change.org petition to declare Leap Day a national paid holiday. The campaign has a goal of 100,000 signatures and roughly 5,100 had signed as of Friday afternoon.

Meanwhile, companies including Urban Outfitters, Footlocker, Hard Rock Café and Arby's are all running special discounts or promotions on Monday. Pizza Hut will give away pizza to anyone born on Feb. 29.

Marketing experts said brands are wise to take advantage of Leap Day as a promotional opportunity. Because it is an infrequent event, consumers might pay more attention.

"Scarcity is one of the strongest consumer motivators, but to really move the needle for the brand, the promotion must be believably rare," said Rob Lennon, senior product marketing manager at programmatic creative ad company PaperG. He cited Amazon's Prime Day last year as a cautionary tale in which consumers were let down by the level of deals. "How you construct your Leap Day offer will define whether the promotion will be seen as a commonplace clearance sale or an unbelievable opportunity not to be missed."