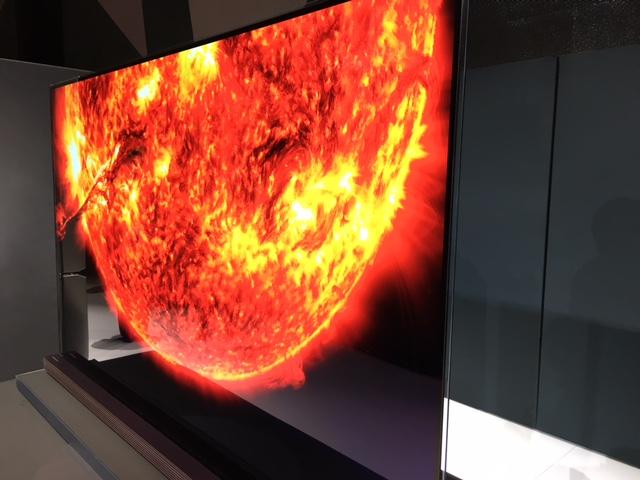 LG is working with NASA in a marketing effort to deliver an out-of-this-world experience for its new Signature 4K OLED TV.

The collaboration was announced Tuesday at the Consumer Electronics Show in Las Vegas. LG's new OLED TV is about 2.6mm thick -- about the same width as four credit cards stacked together -- and is regarded by many experts as having one of the best pictures available for televisions today.

David Vanderwaal, VP of marketing for LG USA, said the deal with NASA is mutually beneficial.

"It's a beautiful partnership that was initiated this past year when NASA wanted to have their own 4K UHD channel," Mr. Vanderwaal told Ad Age. "What better way for a consumer to experience 4K content than content from space?"

In September 2015, NASA announced it would be partnering with Harmonic, a worldwide leader in video delivery infrastructure, to introduce NASA TV ultra-high definition, the first-ever noncommercial consumer UHD channel in North America.

Mr. Vanderwaal said NASA is aiming to increase its brand awareness through LG while the South Korean-based electronics manufacturer is trying to promote its own products.

The content NASA is creating, which includes breathtaking images of outer space, is high-dynamic-range video clips from deep space shot by NASA and produced by Harmonic.

"Our conversations with NASA were reciprocal," Mr. Vanderwaal added. "NASA wanted the best technology to promote its new TV channel and LG wanted the best content. With those two, the partnership was hatched."

There is no financial compensation between NASA and LG, Mr. Vanderwaal said. "It's a like-minded exchange of assets."

"This is an exciting opportunity for both LG Signature and NASA to really advance our brands," he said. "Expect to see us promote this in mass advertising and in store communication."

All cable providers will offer NASA UHD TV, but whether it will be free or cost an extra surcharge was not immediately available.