READ THIS NEXT
Netflix subscriber forecast falls short of expectations

If there was any doubt that the future of local advertising is digital, the latest local ad revenue forecast from BIA/Kelsey confirms that revenue from local-focused online ads will exceed that of traditional ads aimed at local audiences by 2018.

It's part of a digital transformation of local-focused ads in communities across the country, and risks sidelining traditional print ads. 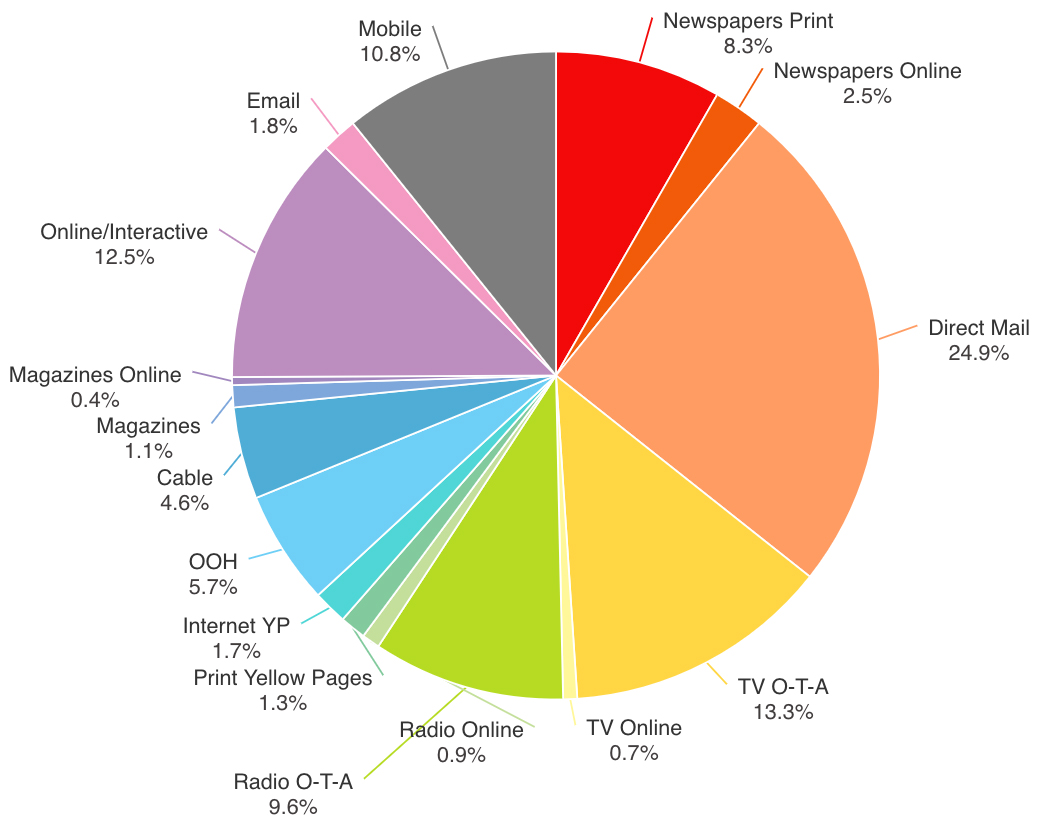 "A large part of that is because of a decline in revenue going to print media, including newspapers, magazines and direct mail," said Mark Fratrik, senior VP-chief economist at BIA/Kelsey, noting that the company expects digital local ad share will exceed that of print media by 2018.

The overall increase in local ad revenue is the result of an improving U.S. economy, increased spending by national brands and local media channels, huge growth in mobile and social advertising and continued growth of other digital and online platforms, noted BIA/Kelsey in a statement.

A decline in ad revenue for traditional media may be the outgrowth of a downturn in the nation's newspaper sector. A Pew Research study in June of this year suggested that the industry experienced a recessionary phase in 2015, with advertising revenue facing its greatest dip since 2009.

The move towards digital platforms for targeted local ads does not signal the death knell of traditional ads, said Mr. Fratrick, as marketers will continue to use a range of media tools to reach local markets.